Watch coverage of the panel, "Ebola - A Living Study in Pandemic Preparedness and Response: Field Perspectives," on C-SPAN.

WASHINGTON—Rick Santos, senior advisor to Lutheran World Relief and IMA World Health, recently took part in a panel focusing on the unique characteristics and challenges posed by the current Ebola pandemic in the eastern Democratic Republic of Congo. The high-level panel on the Ebola response was part of a gathering of lawmakers, humanitarian responders and medical experts at the 3rd Annual Pandemic & Biosecurity Forum hosted by Texas A&M’s Scowcroft Institute of International Affairs in Washington, D.C.

One of the panelists, Ambassador William Garvelink, senior adviser for global strategy at the International Medical Corps, noted that the environment of armed conflict in the eastern DRC presented one of the most difficult challenges in responding to the Ebola crisis, distinguishing this outbreak for those that came before. “It’s the first outbreak in an active war zone,” he said.

Santos noted that the conflict and community hostility toward health care workers is hampering the Ebola response and rendering ineffective the previously used public health strategies for containing the virus.

“In previous outbreaks the international community could come in and bring in the resources they bring and actually address the outbreak,” he said. “But in this case, because of the factors that the ambassador talked about, they have not been able to do that. “In fact, what we’re finding over the last two weeks is that the virus is increasing. The last two weeks have seen the largest increases in cases since it started,” he said.

The normal trajectory of an Ebola outbreak is that “it goes up and it reaches a peak and then comes down and is eliminated. But in this case that hasn’t happened.”

The key to successfully addressing this Ebola crisis in the DRC will be greater community involvement, Santos said. “Bringing in the community is really critical in a couple of ways,” he said. “There’s outreach and engagement: you need to get people the right information, because there’s a lot of misinformation that’s being spread. The second thing is tracking different cases. Once somebody has been identified, you have to track all the people they know. And right now, in this environment, the only way that can happen is through community involvement, or community training and getting them involved in that.”

A third factor is improving and better equipping the local health facilities that are the first responders in the crisis. “These health facilities have been underfunded for years. And so they don’t have the proper equipment and the proper processes to address cases as they come into those facilities,” he said, adding that many lacked proper water and sanitation infrastructure to prevent infections from spreading. “So, where Ebola has broken out, the health systems there have been weak. A weak health system doesn’t necessarily mean you’re going to get something like Ebola, but it definitely creates the conditions for it to really rise and to break out,” he said.

Too often, the international community solves one problem, Ebola, and then their withdrawal makes the situation worse by leaving a weaker or shattered health system. “What we saw in West Africa in the previous [Ebola] outbreak was [that there were] weak systems in Liberia and Sierra Leone and Guinea. And then you had this massive influx of resources to address it specifically. All the while, malaria, malnutrition, all these other things are happening simultaneously.

“And it cracked a very weak health system wide open. And then everybody leaves,” he said. “And that’s what the international community does. They decide that they’ve put the money in, they’ve addressed it, it’s over. But the recovery of those local health systems is long and lingering. I was looking at some numbers that showed those West African countries didn’t get back to their pre-Ebola indicators until three to four years after.”

Santos noted that the DRC has a very decentralized health network divided into over 550 geographical zones. “It actually has a structure that could address this,” he said. “But they’re completely under resourced.

“So now they’re trying to address this really difficult situation, and then what happens? And this is part of the resentment you’re finding in these communities. Big white vehicles come along, they put these tents up and then when it’s over — they leave.

“So for me, what’s critical is: How do we look at this, not just through the crisis itself, but post-crisis? To be able to leave the health system, if not in better shape, at least it’s not shattered when we leave it,” he said. “And frankly eastern Congo, even when we get through this, is going to be in a place where the health systems are still going to be very weak and they’re going to need continuous support.” 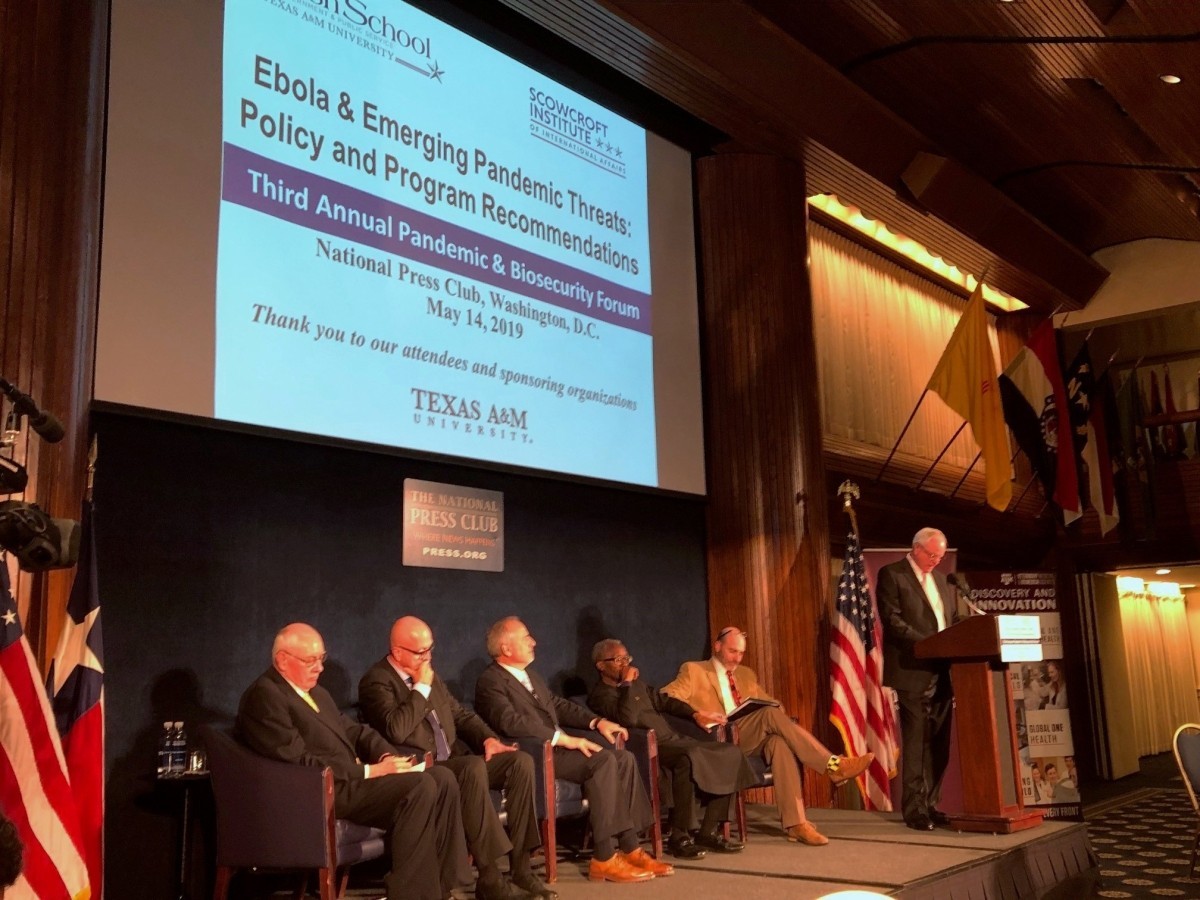