There are an astounding 30 million refugees around the world, according to the most recent data available. [source] But what exactly is a refugee? And how does a person become one? Here are a few facts to know about refugees.

Refugees have fled persecution or war

In order to officially be considered a refugee, a person must have suffered persecution on account of race, religion, nationality, political opinion, because they are part of a persecuted social group, or because they’re fleeing war. Those people who claim to be refugees, but whose cases haven’t been fully evaluated may instead be defined as “asylum seekers.”

Refugees have crossed an international border

Both LWR and the UNHCR began in response to World War II, with the intent of disbanding shortly after

Lutheran World Relief was founded in 1945 as a way for Lutherans in the United States to send aid and relief to their (often literal) brothers and sisters in Europe affected by the War. The UNHCR was formed in 1950 to help the 40 million refugees across Europe. [source] Both organizations had the intention of closing up shop within a few years but have continued their missions as new needs have arisen.

A program feeding children in Germany after World War II, sponsored by LWR. Photo courtesy of the ELCA Archives

Almost half of all refugees are children

Many of these children may spend their entire life away from home. And these children are far more vulnerable to abuse, neglect, or other types of violence. [source]

A family in the refugee camp in Dadaab, Kenya. (Photo by Jonathan Ernst)

The UNHCR has registered 4.8 million Syrian refugees, and, as of November 2016, predicted 8.7 million to be displaced inside Syria in 2016. [source] Other countries in the region have also been affected by conflict. In Yemen, over 2 million people have been internally displaced. [source]

There are nearly 2.5 million refugees in Southwest Asia

The conflicts in Afghanistan and Pakistan over the past decade have caused millions of people to flee their countries. But many are also beginning to return home. Over the past ten years, nearly 6 million refugees have moved back into Afghanistan and in the 2016, 117,000 Afghan refugees have returned from Pakistan. [source] However, there is still a huge concern for the safety and wellbeing of people moving in and out of this region, and humanitarian access is limited.

Churches have housed refugees for centuries

While the term sanctuary has its roots in sacred spaces (the Latin word sanctuarium refers to a place for holy things or holy people), the first Council of Orléans, in 511 AD, established the right of sanctuary, decreeing that people can find refuge from persecution in churches. [source] 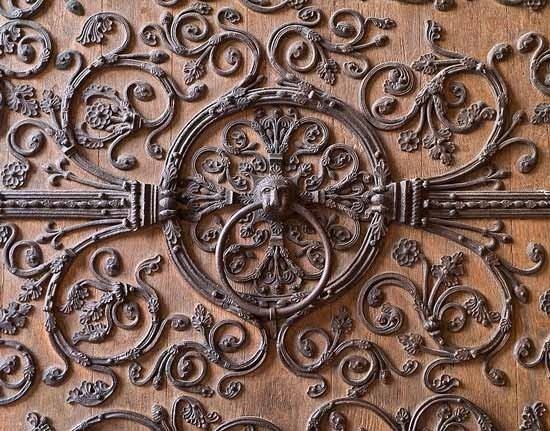 Sanctuary ring on a door of Notre-Dame de Paris (France). In Middle Ages, grasping this kind of ring on a church door gave the right of asylum. Photo: Myrabella / Wikimedia Commons

Many of the world’s refugees live in overcrowded camps where food, access to water, sanitation and health services are scarce, not to mention the fact that social distancing can be near impossible. Disasters like the coronavirus pandemic pose a particular threat to families living as refugees.

Lutherans play a huge role in the lives of refugees

From prevention to solution, various Lutheran churches and organizations each play important roles in the life of refugees. LWR works in countries to end the conditions that often spiral downward, helping people living in poverty earn more income, find a voice in their community and avoid harassment or cruelty. When people are forced to leave their home country, Lutherans are there to help. LWR and the Lutheran World Federation help Sudanese refugees at the Kakuma camp, and Somali refugees in Dadaab, both in northern Kenya. We help Karen refugees on the border of Burma and Thailand. And we are sending Quilts & Kits to provide basic needs for many of the current Syrian refugees. 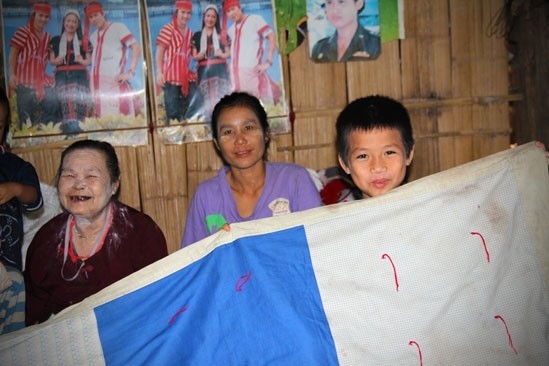 A family displays one of their LWR Quilts inside their bamboo shelter at Mae La, the largest of nine camps that serve Burmese refugees along the Thai-Burma border.

But it doesn’t stop there. Lutheran Immigration and Refugee Services is a force in helping refugees from around the world get settled in the United States, with the services and support they need to thrive.

Refugees are our neighbors, and they are suffering.

Reach out to them with food, water, opportunities for livelihood and more. A gift to our World of Good Fund ensures your love quickly reaches families in their time of greatest need.