Are you a member of Thrivent Financial? If so, you may be eligible to recommend where Thrivent distributes a portion of its charitable funding by directing Choice Dollars®. The deadline to direct 2018 Thrivent Choice Dollars® is March 31.

Here are just a few ways those funds make a difference. To check your eligibility, and to direct Choice Dollars®, click the button below. (You will be redirected to the Thrivent Financial website.)

Despite increasingly unpredictable rainfall and periods of severe drought, Anro Sambo’s farm in Piaga, Burkina Faso, is lush, a vivid green island in a sea of dry, cracked earth. Anro learned to dig half-moons-shaped trenches in his fields to retain rain water and fertilizer on land that had been barren for years.

The half-moons completely healed Anro’s land. “We rehabilitated the land,” he says. “It was dead.”

In one season, his first field produced over 1,400 pounds of white sorghum. This amazing increase was repeated as he built the half-moons on more of his land.

When you direct Thrivent Choice Dollars® to Lutheran World Relief, Anro and families like his, learn how to reawaken barren land. 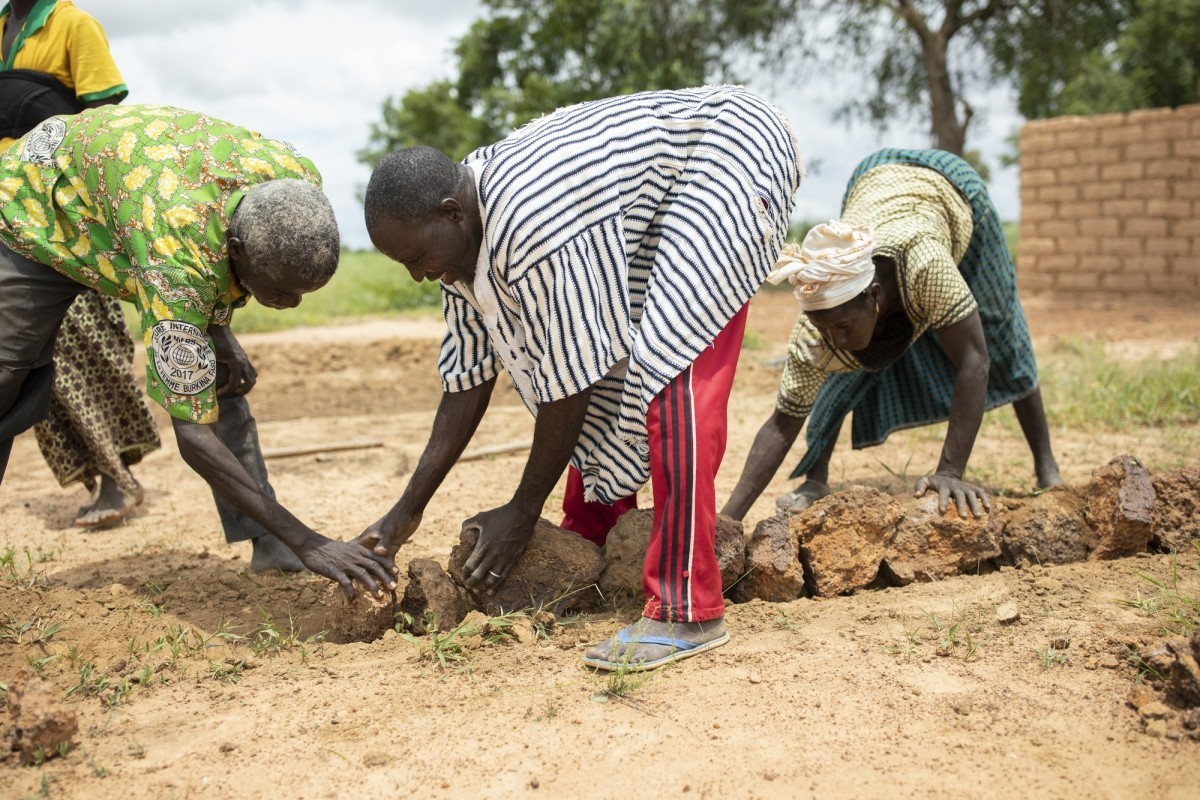 Paulina Acii is one of more than 2.5 million people that fled her home in South Sudan in search of safe haven from war, violence and widespread food shortages. When the 80-year-old arrived at the Palabek refugee settlement in northern Uganda with her 17-year-old grandson, she had no way to earn income and few belongings. Shortly after arriving, Lutheran World Relief provided them with seeds, tools and training to help them get the most out of their small plots of land in the settlement. Paulina and her grandson are now growing beans, cowpeas, sweet potatoes, tomatoes, eggplant and okra, and have even produced enough to sell for income at the local street market.

When you direct Thrivent Choice Dollars® to Lutheran World Relief, those funds help Paulina and thousands of others feed themselves, earn income and live in a safe environment. 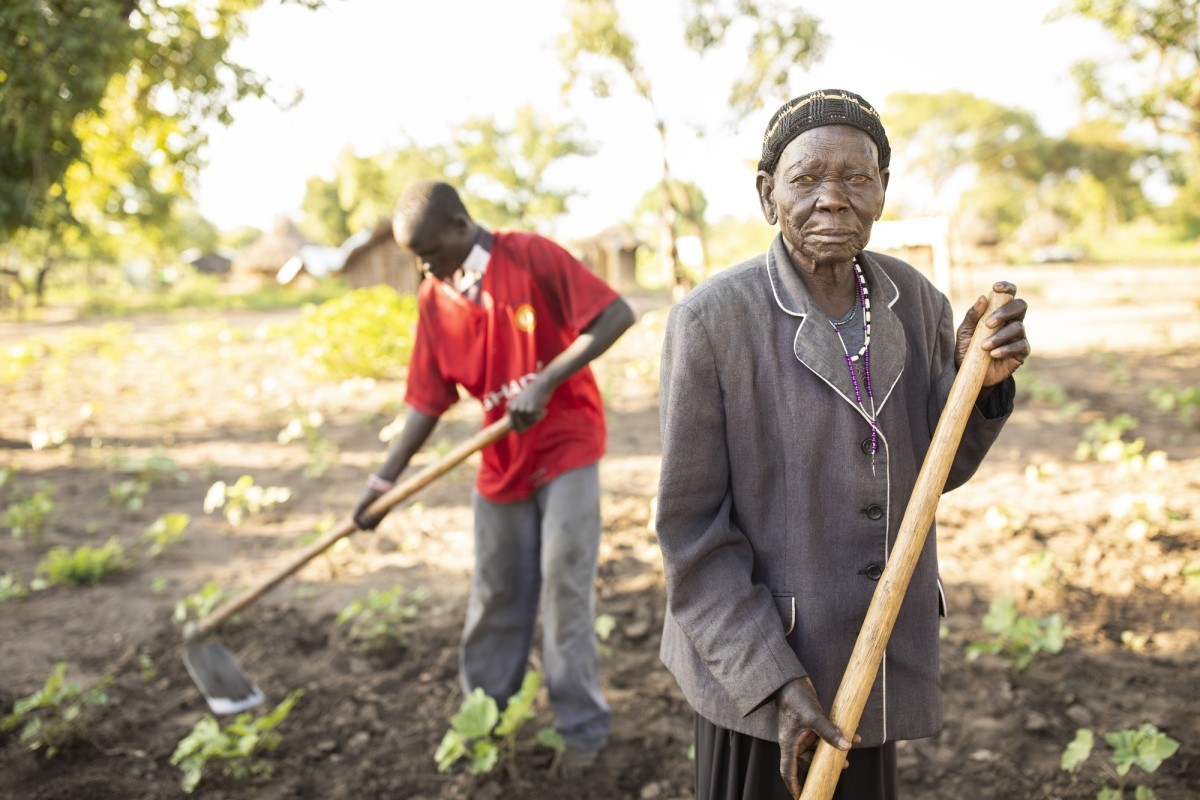 Elba Santiago and her husband Alfredo Velez embrace on the porch of their home in Adjuntas, Puerto Rico. After Hurricane Maria hit the island, Lutheran World Relief provided solar lanterns, water filters and cash assistance, helping to bridge a crucial gap between the hurricane’s destruction and federal assistance programs. We also built solar energy hubs at local businesses and homes. For Elba, who requires daily dialysis treatments, an unreliable electric grid is a matter of life and death. Her home was without electricity for seven months after the hurricane. Most of her days were consumed by traveling to hospitals or clinics where she could get treatment. Elba now has a solar power system installed in her home. The system can power her dialysis machine and ensures that she can get the treatment she needs right in her home.

When you direct Thrivent Choice Dollars® to Lutheran World Relief, you provide life-saving solutions and help communities rebuild in the wake of disasters. 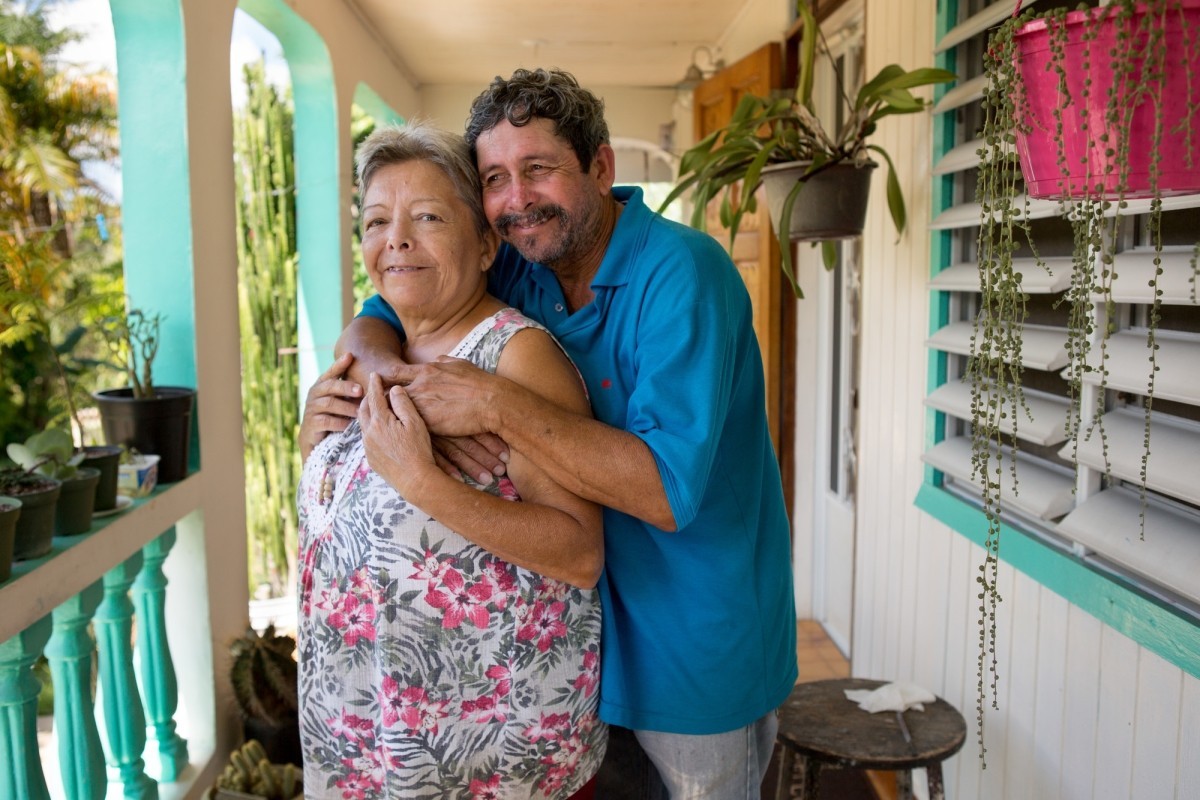 When 8-year-old Zahraa arrived at Lutheran World Relief's child-friendly "I Am Safe" community center in Mosul, Iraq, case managers gently coaxed her to express herself through crayon-drawn pictures.

Zahraa's first image? Her deceased older sister, killed in front of her when an ISIS mortar shell ripped through the roof of their home. Next came sheets of paper with crying faces on them.

In the colorful community center, with other kids their age and supportive caseworkers leading them in fun but therapeutic activities, the children — safe and secure and unmindful of conflict — begin to blossom.

Just a few weeks after her first visit to "I Am Safe," Zahraa was doodling landscape portraits adorned with birds soaring over colorful flowers, mountain backdrops and shining suns, and traditional A-frame houses with windows and doors.

She remains hard of hearing from the percussion of explosions but she is getting better and returning to a normal childhood.

When you direct Thrivent Choice Dollars® to Lutheran World Relief, you help families who have been affected by war and conflict. 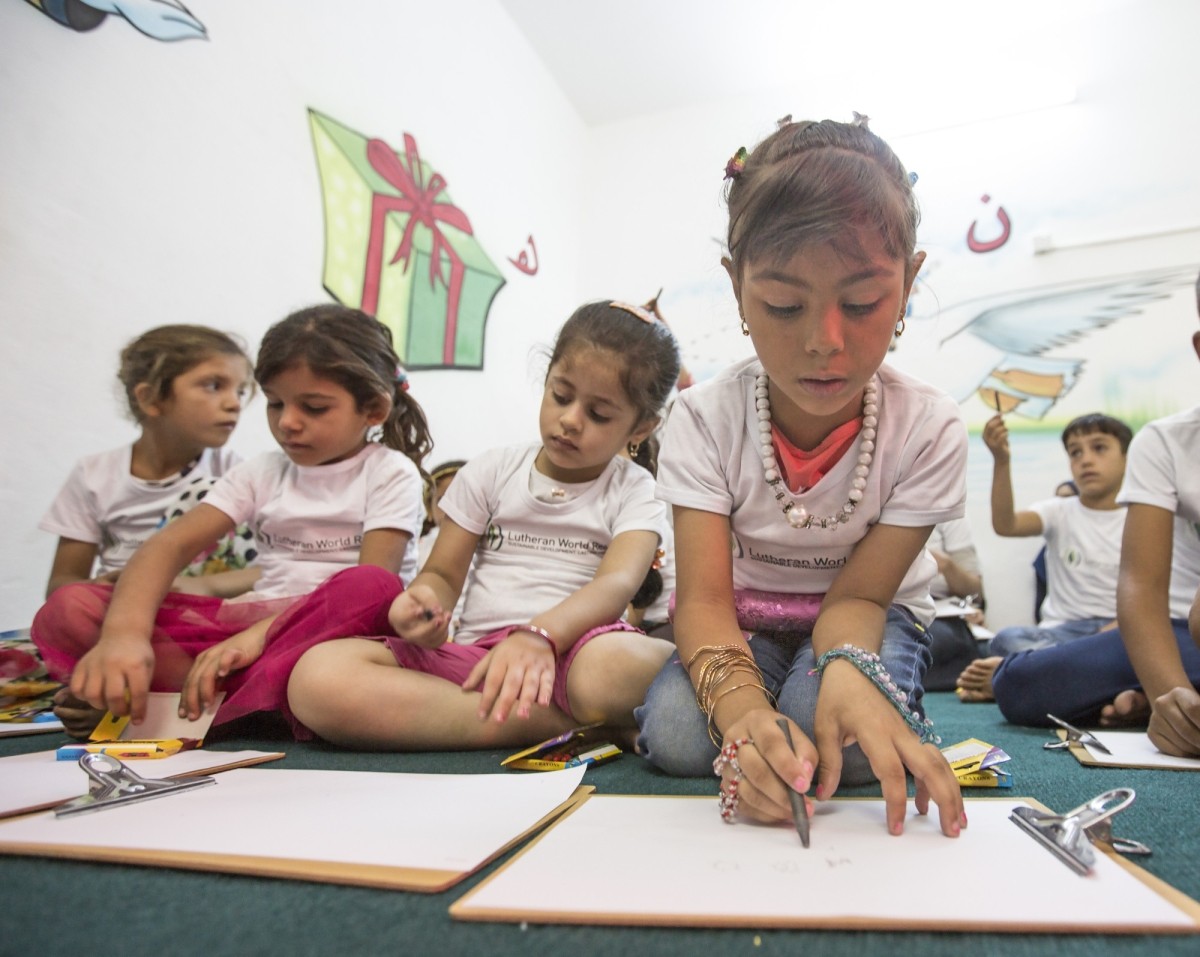 The deadline to direct 2018 Thrivent Choice Dollars® is March 31! Click the button below to check your eligibility.