In El Salvador, I saw hope

This reflection was written by Carolyn Barker Villena, our Senior Regional Director, Latin America & the Caribbean. In June 2019, Carolyn accompanied a group of donors to El Salvador, where we are working with families to improve their incomes and reduce their risks from disasters.

As I leave El Salvador today, I think back over this past week of visits to LWR projects. It was a week of walking through fields of cacao trees interspersed with banana and cinnamon trees, an agro-forestry farm owned by a young, recently married couple. A week when a 20 year-old man taught our group to graft the stem of one cacao tree onto another, a technique which requires a lot of skill and patience and also knowledge of the plant biology that will help fuse the two together. A week when a young woman proudly displayed her family’s small business making lotions and soaps. A week when a group of youth walked us through the map they had created of their community to identify the risks they face and how they can address them because they all want to grow old there.

Sadly, it was also a week when the front page of newspapers, both in El Salvador and the United States, were dominated by a photo of a young Salvadoran man and his two year-old daughter, washed up on the banks of the Rio Grande, their arms wrapped around each other.

As I looked at another photo of that same young man, Óscar Alberto Martínez Ramírez, when he was alive and celebrating his daughter’s first birthday, the faces of all the young people we had met over the week swept past me.

In their faces I saw so much hope for a life that would sustain them and their families. The same hope Oscar had as he attempted to cross the border with his young wife and daughter, seeking asylum. All the young people we met in El Salvador were clear that they want to remain in their homes and avoid the treacherous journey north. But a history of violence, weak government presence, corruption, and limited job opportunities make that desire to stay in their country all the more challenging.

No matter what you believe about the border crisis, we can all agree that Salvadorans should have a real chance to thrive in their home country. And that the youth of El Salvador, with their hope and desire to grow old at home, are worth investing in.

This is not an easy task and not one that can be done alone. Over several years, LWR has partnered with the US government, the Salvadoran government, international and local organizations, foundations, US Lutherans, and Salvadorans themselves to invest in this future. Through these partnerships as well as many more like them across El Salvador, we have seen the social fabric of communities strengthened and thousands more Salvadorans earning enough income to support their families.

US government funding in El Salvador has played a critical role in developing this economic opportunity and reducing violence. Cutting funding to these efforts will set back years of progress. Yes, people continue to migrate. And yes, there is still a long way to go until El Salvador and its neighboring countries in the Northern Triangle (Honduras and Guatemala) are stable enough to ensure their own people’s future. But abandoning the Northern Triangle will only exacerbate the drivers of migration. Real change takes time and commitment.

As I land back at home in the United States, I can't help but think about the faces of all the young Salvadorans I met this week, as well as the sweet two year-old who drowned in her father’s arms. He wanted for his little daughter the same thing we all want for our children: a future.

For her sake, and for so many more, we need to invest in making their hope for a future at home a real possibility.

Home is where the hope is. You can help!

Lutheran World Relief works in El Salvador, Guatemala and Honduras to help families overcome poverty and live stable lives. Our work seeks to create opportunities for families to thrive, and for youth to see futures in their own communities.

Your gift to our World of Good fund today helps us continue this work, responding to urgent needs as they arise, and reaching out to vulnerable families with the things they need right now. Please give today. 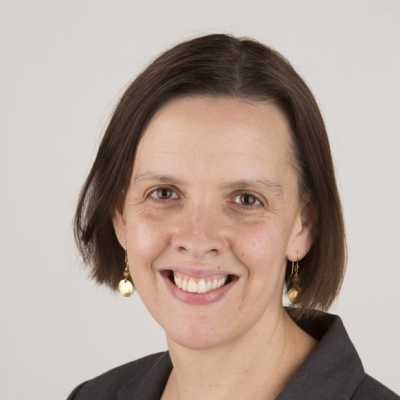