On any given day I think I have a pretty cool job — helping coffee and cacao farmers connect to opportunities to grow better crops, earn more income and improve their quality of life.
But recently I got to do something really different. Along with several of my LWR colleagues, I attended the Salon du Chocolat in Paris, France. This yearly event is a trade fair for the international chocolate industry that is supported by the French Ministry of Foreign Affairs. It draws cacao producers, chocolate companies and, yes, chocoholics, from around the world.

Also joining us were Eduardo Zapaca from El Salvador and Brenda Manzanares from Nicaragua, who are both cacao producers working with LWR, and whose cacao were finalists in the 2017 International Cocoa Awards competition. We were also joined by Dr. Zoi Papalexandratou, one of the world’s few cocoa experts who has the scientific and sensory knowledge to effectively categorize and evaluate all aspects of cocoa quality.

As sweet as this excursion sounds, we were there on a mission!

The main focus of our participation at Salon du Chocolat this year was to premiere and promote the LWR Regional Cocoa Flavor Map, which provides detailed geographic and sensory information about cacao grown by farmers participating in LWR projects in El Salvador, Honduras and Nicaragua. The fine cocoa industry employs a very high level of sensory science to source its cacao. The information contained on the flavor map will help chocolatiers identify cacao with very specific flavor profiles. And, of course, it will give our farmers the opportunity to access new markets, better prices and sustainable income. 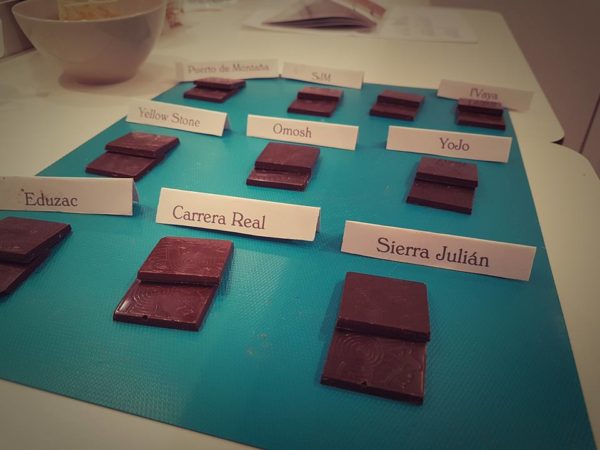 As a part of our booth at the Salon du Chocolat, we provided chocolate samples made from the 32 varieties of cacao our farmers produce. In addition, we invited key chocolatiers to come to our booth for a more in-depth tasting where they got to sample our cacao liquors (unsweetened liquid versions of the cacao that are used to make chocolate) as well as the finished chocolate product. These tastings resulted in the sale of six tons of cacao to a high-profile French chocolatier!

Earlier this year, Brenda and Eduardo's cocoa samples were selected as finalists in the 2017 International Cocoa Awards, a global competition held every two years by the Cocoa of Excellence Program. Their samples were selected out of 166 entries from 40 countries, and the winners were announced at the Salon du Chocolat.

Eduardo hails from Berlin, Ursulutan where he lives on his ancestral farm. He won a nation-wide cacao competition earlier this year, earning him a place in the initial judging for the international competition. Brenda has a farm in Vallas Abajo, Waslala, located northeast of Managua. She is a member of the CACAONICA cooperative, a partner in LWR’s Program for Rural Enterprise, Health and Environment (PROGRESA), a four-year value chain strengthening project for the cacao and livestock sectors in the Atlantic Coast Region of Nicaragua which is funded by the United States Department of Agriculture (USDA).

Out of the 50 finalists, I'm happy to report that Eduardo won a Cocoa of Excellence Award! 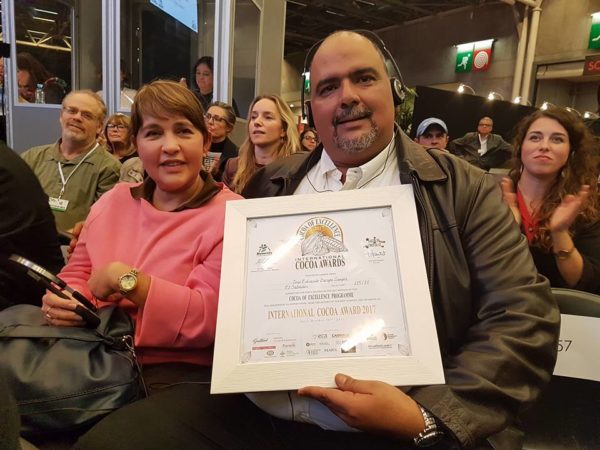 There's just no way to describe the sensory experience of being at the Salon du Chocolat. There is literally chocolate everywhere, and in everything! I would be remiss not to show you a few highlights from this year's gathering. The Salon featured a chocolate fashion show. And, yes, the dresses were made out of chocolate! There were also chocolate shoes and other exquisitely crafted confections. 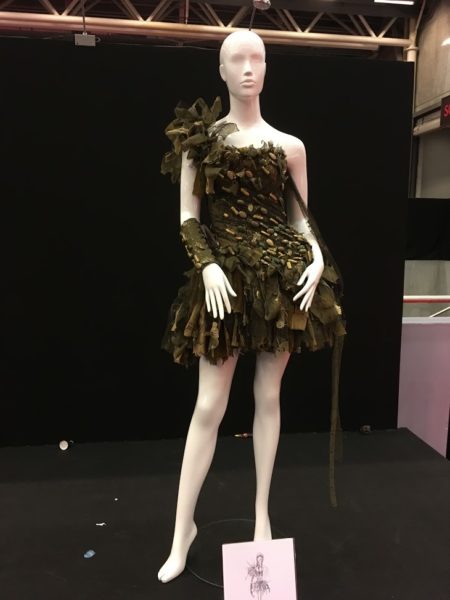 Just to give you an idea of the scope of this gathering, here's the line to get in on the first day. The Salon is open to the general public. 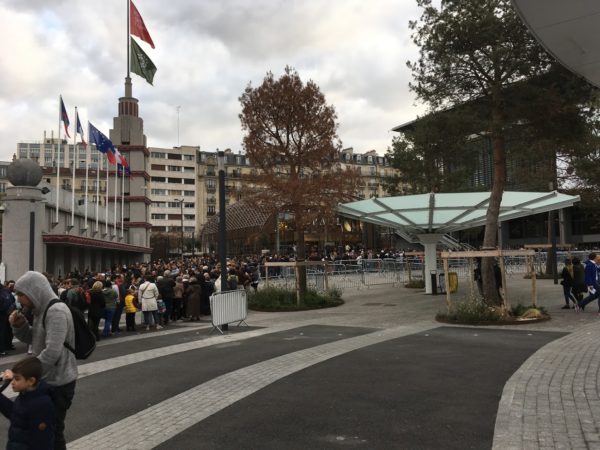 And here's our booth! Special thanks go out to Dr. Papalexandratou and her husband, Tom, for helping us get set up and ready to go. 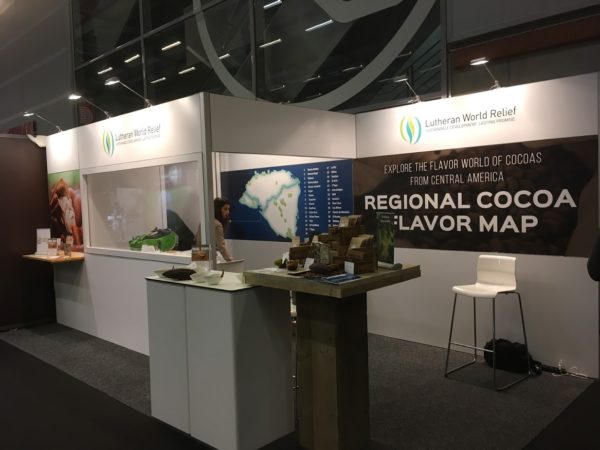 And special thanks to you — our faithful LWR supporters. Without you, our work with cacao producers around the world would not be possible. With your help, families in some of the world's poorest communities are building the resilience they need to thrive. Thank you!