You, too, are my son: A mother's reflection on the children of the Syrian civil war

This reflection was written by Nicole Hark, LWR's Acting Senior Director for Asia & the Middle East, in reaction to the trending photo of Omran Daqneesh, a young Syrian boy photographed following his rescue from his bombed apartment building.
I can’t seem to stop crying (and no, it’s not because I’m 36 weeks pregnant).

Like much of the world, I was struck this week by the photo of the young Syrian boy, Omran Daqneesh, sitting in an ambulance chair after being rescued from the rubble of his bombed apartment building.  I had so many reactions to this picture – the general heartbreak I get most days when reading the news reports and following the situation in Syria; the awe for volunteers like the White Helmets who rescued him and his family from the rubble; and tears, as a mother with a toddler who is not that much younger than this boy.  I have had so many tears.

In his gesture, the casual swipe over his eyes with his bloodied hand, I saw my son.  But in his eyes, the seemingly-blank look that in fact conveyed so much more, I was captivated.  This wasn’t my son, this was someone else’s son, and while that leaves the responsibility of comforting him, explaining to him, and seeking safety for him to someone else, I still can’t seem to shake this sense of responsibility.  This feeling that he is, in many ways, also my son.  That our world is so interconnected now that what happened to this boy will impact my boy, and the world they both grow up in.

Children are victims of conflict in many ways – from the physical wounds as “collateral damage” to the psychological trauma that can follow them forever – they get caught up in events beyond their control, often with roots that predate their existence.  It is one of the greatest injustices in our world, I think, that children suffer so much because of the actions of adults, and not only in wars.  But in this war, I find it particularly troublesome.  There are so few options for those families caught up in this conflict, something that was reinforced to me today by another haunting picture: 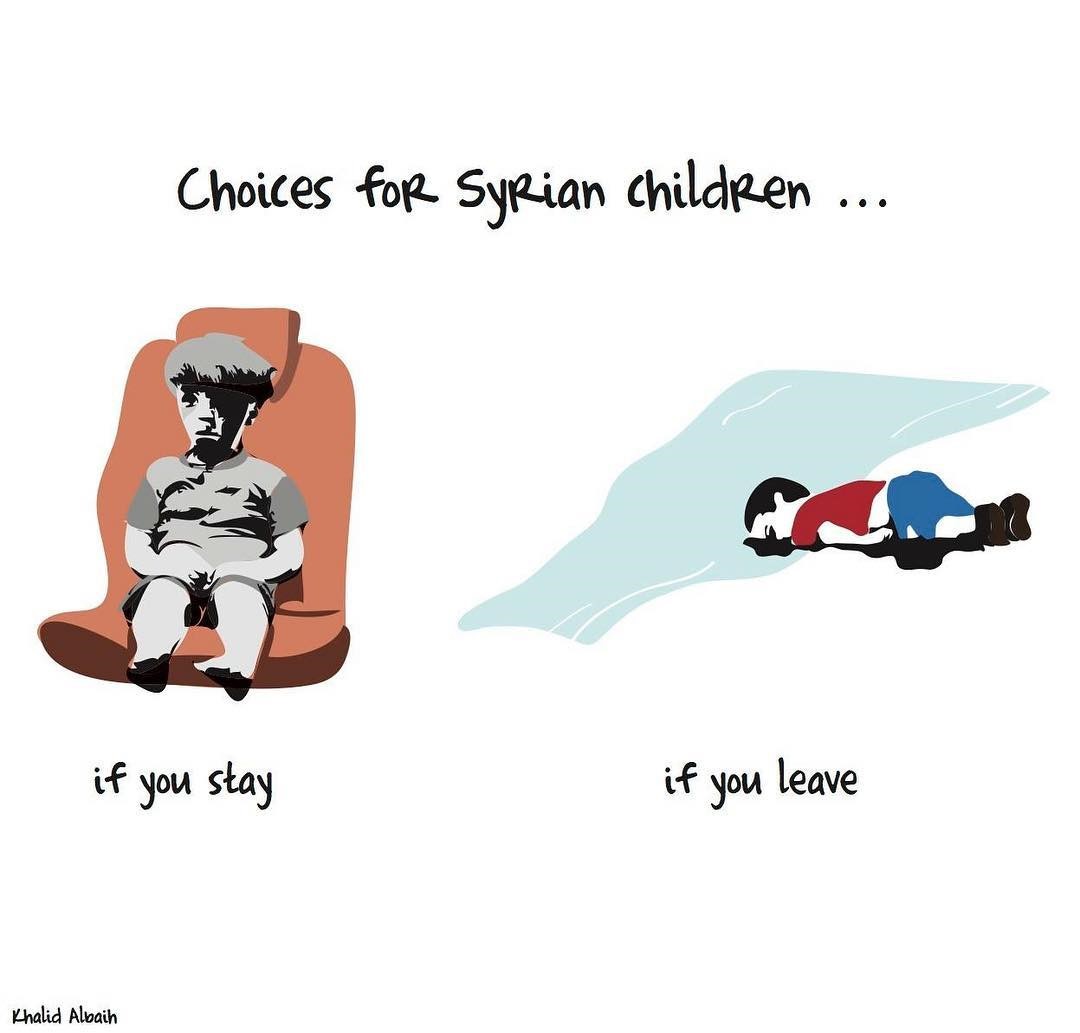 Not surprisingly, this only brought more tears.

What will happen to this generation of Syria’s children?  That young boy, Omran, was with his mother, father, and three siblings (ages 1, 6, and 11).  That’s four children in a family which, thank God, all survived.  But survived for what?  What is next?  What does their future hold?

The White Helmet volunteer who carried Omran to the ambulance reminded me of why I do the work I do:

"My heart breaks for Omran but people need to know this happens everyday," he told the advocacy group The Syrian Campaign.

"Every day we rescue children and families. Every day I meet traumatized parents for losing a child or even not being able to find the body under the rubble.

"Just this time it was caught on camera."

My son is not yet old enough to understand what is happening in the world around him, or to watch the news.  But I know one day, he will ask about this conflict.  Maybe for a school history project, maybe because he’ll find these pictures or hear these stories.  I want to be able to tell him I helped, even if only in some small way, that I did something.  That I didn’t only cry, but that my tears motivated me to work harder, to try and find more ways in which we can ease the suffering of Omran’s family and so many others who are simply caught, struggling to survive with limited options during a deadly conflict.  Omran deserved our attention and support long before he was ever rescued from the rubble of his family’s apartment, and the need for that support has only increased as a result of losing his home.  Even through my tears I am glad that he was able to remind me of that.