Your support of Lutheran World Relief contributes to the larger work of creating sustainable solutions to poverty around the world. This is part two in blog series on the Sustainable Development Goals (SDGs)  that seeks to answer two questions: What are the sustainable development goals? And how does your support of Lutheran World Relief contribute to them? (Read part one.)

What are the Global Goals?

This past September, 193 governments agreed upon the Sustainable Development Goals, an ambitious agenda also known as the Global Goals. The Global Goals are essentially a 17-point plan to end poverty, combat climate change and fight injustice and inequality. These goals replace and build upon the Millennium Development Goals (MDGs), which were agreed upon in 2001 and expired at the end of the 2015.

The Global Goals constitute the next 15-year framework that will guide country plans, priorities and investments to reduce poverty and promote development. They will influence the definition of development, how it is funded and how it is measured.

Some of the big differences between the new Global Goals and the previous set of MDGs include the scope and focus of the goals, as well as the number of goals (only eight goals were agreed upon in 2001). The Global Goals include broad, all-encompassing priorities like “ending poverty in all its forms everywhere” (goal #1), as well as more nuanced objectives, like “promoting peaceful and inclusive societies for sustainable development, provide access to justice for all and build effective, accountable and inclusive institutions at all levels” (goal #16).

With so many big, bold, aspirational goals, you may wonder: where do we start in actually carrying out this work? The good news is we already have. With your support, LWR is already taking on the work in many of the Global Goals.

In this blog series, we will explore a few of the Global Goals you are directly supporting through LWR. And we continue with Goal #5. 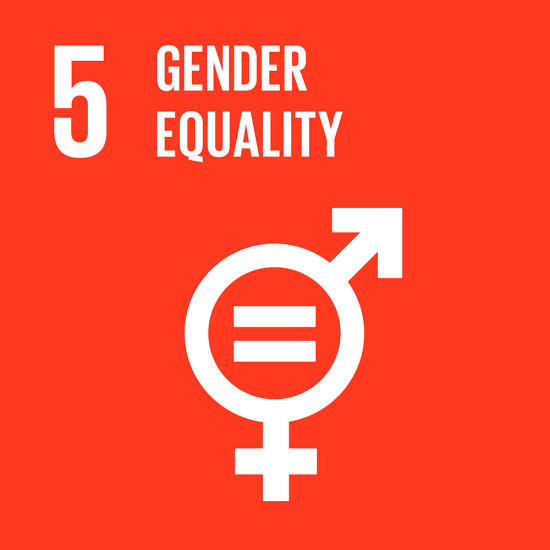 Goal #5: Gender Equality is similar to the goal of ending hunger, in that it doesn’t shy away from tackling big issues. This goal sets the priority of ending all forms of discrimination against all women and girls everywhere and eliminating all forms of violence against all women and girls in the public and private spheres, including trafficking and sexual and other types of exploitation.

LWR’s experience and commitment to gender integration provide important dividends not only for the quality and sustainability of our programs, but also promotes our visibility and leadership among peer agencies. Through our Learning for Gender Integration (LGI) initiative, LWR is integrating gender into our work to address inequality around the world and ensure that men and women have equal opportunities to benefit from LWR’s work. Through gender-integrated programming, LWR promotes the elimination of discriminatory beliefs and practices, encourages dignity of work and economic equity, and fulfills gender-related international agreements, such as the U.N. Convention on the Elimination of All Forms of Discrimination against Women.

Through our work towards gender equality, LWR aims to increase the agricultural production (back to Goal #2!) while reducing gender gaps in the communities in which we work.

Let’s take a look at how LWR is already doing the work of gender empowerment.

How Your Support Helps

In the past year alone, your gifts have supported LWR’s agricultural projects within the Learning for Gender Integration initiative (LGI) all around the world. And here’s the truly exciting part: the work of gender integration allows for communities to increase their agricultural production, while also empowering women and girls.

Here are just a few examples of how that support has changed lives.

In Uganda, LWR is working with a local cooperative to improve food security of all family members in smallholder households. This project is addressing differences in men’s and women’s ability to increase agricultural productivity, improve food security, and increase income. The project works with men and women from the same family using a “Farming as a Family Business” approach to encourage households to better allocate their resources.

People in the Matiguas municipality in Nicaragua experience low crop yields as a result of limited resources, lack of technical knowledge and difficult weather conditions. Additionally, the structures of local farming cooperatives do not address the limitations women face in receiving cooperative services as fewer women own land, have access to credit and participate in cooperatives than men. Not to mention, men generally dominate household decision-making on resources. LWR is working to achieve food security for farmers from 15 communities. The project aims to increase productivity of marketed crops — such as coffee, cocoa, corn and beans — for men and women farmers, expand the number of income sources for men and women cooperative members by diversifying agricultural production and  establish strategies for better training of men and women cooperative members on equitable management of household economic resources.

Farmers in areas of Bihar State in India experience food insecurity four to five months a year due to low agricultural production, irregular income from agricultural labor and limited irrigation facilities. To provide for their families, many men migrate looking for work. Women take on time-consuming agricultural tasks, such as weeding, transplanting and harvesting crops, while also leaving their homes in the early morning to collect timber and completing other household duties. LWR is working to increase agricultural production among farmers to provide year-round household income to meet food and other basic needs within three years. The project also aims to improve understanding of gender roles between men and women, through behavior change communication sessions that address women’s time constraints and their involvement in less productive household economic activities.

LWR's Kat Fiske recently returned from a visit to India where she met a group of women who, with the help of people like you, literally put their village on the map. Read their inspiring story!

Your support helps women and men benefit equally from LWR's development work, bringing us closer to achieving gender equity - the kind of change demanded by the Global Goals.