How Lutheran congregations helped transform the business of palms

In 2005, Lutheran congregations across the U.S. were the first to bring Eco-Palms to their Palm Sunday celebrations. Instead of buying palms from conventional sellers, who are rooted in a lengthy and wasteful business model that relies on middlemen and leaves growing communities with little profit — you saw a better option.

And the impact is clear.

Lutheran World Relief partners with the University of Minnesota Center for Integrated Natural Resources & Agricultural Management (CINRAM), the Rainforest Alliance and Continental Floral Greens — a wholesaler in San Antonio — to bring Eco-Palms to congregations across the U.S. 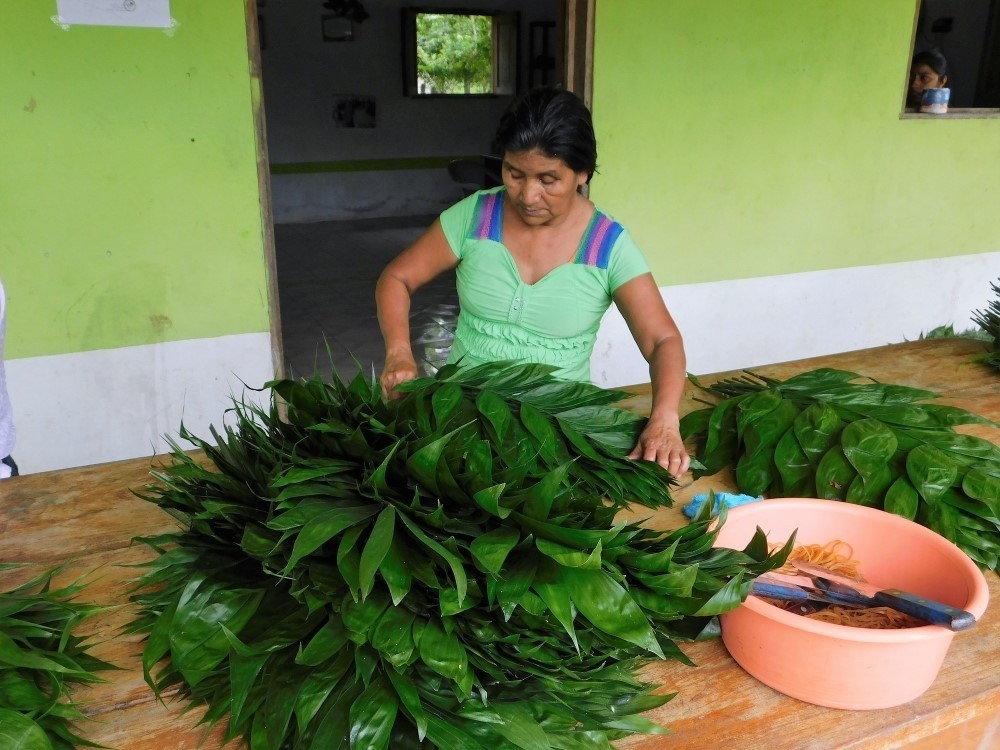 A member of the community in Carmelita, Guatemala sorts Eco-Palms in preparation for packing.

CINRAM Director Dean Current, says that traditionally, palms are gathered by local communities and sold to middlemen who sell to distributers, shutting the largely impoverished communities out of the ultimate proceeds of the palms. And middlemen are paid by volume, which results in 50 to 70 percent of the palms being discarded by retailers because they are of inferior quality.

“The communities weren’t making any money and too many palms were being taken out of the forest,” he says.

With Eco-Palms, growing communities are involved in the entire value chain. They harvest, sort and package Eco-Palms and are paid fairly for their work.

Ana Centeno, an Eco-Palm harvester from Carmelita, Guatemala, says, “Before, all the sorting and packaging was done by middlemen. There was no benefit to the community. Now it’s done by the community and it’s providing jobs and income.” 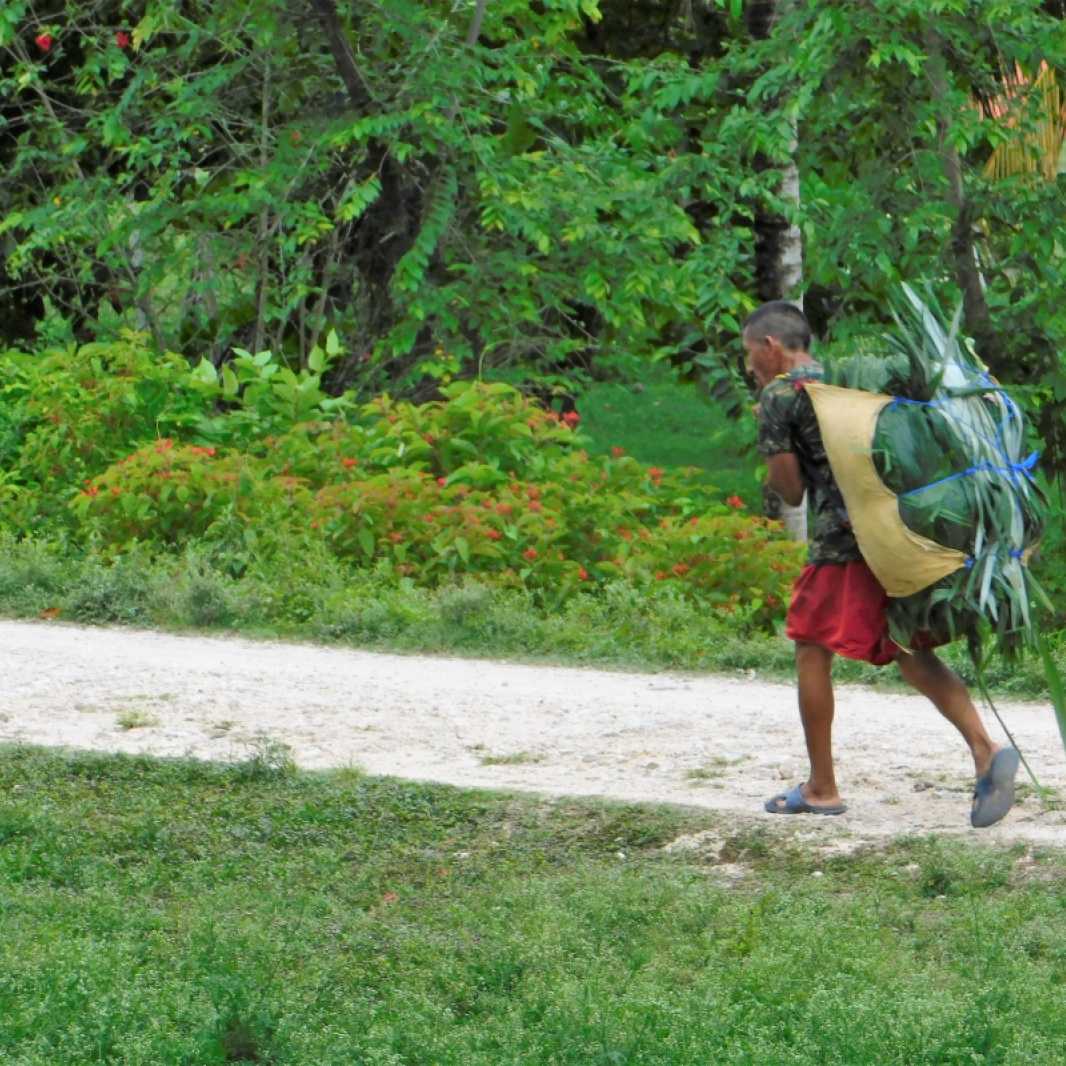 The palms are harvested deep in the forest and are carried out. 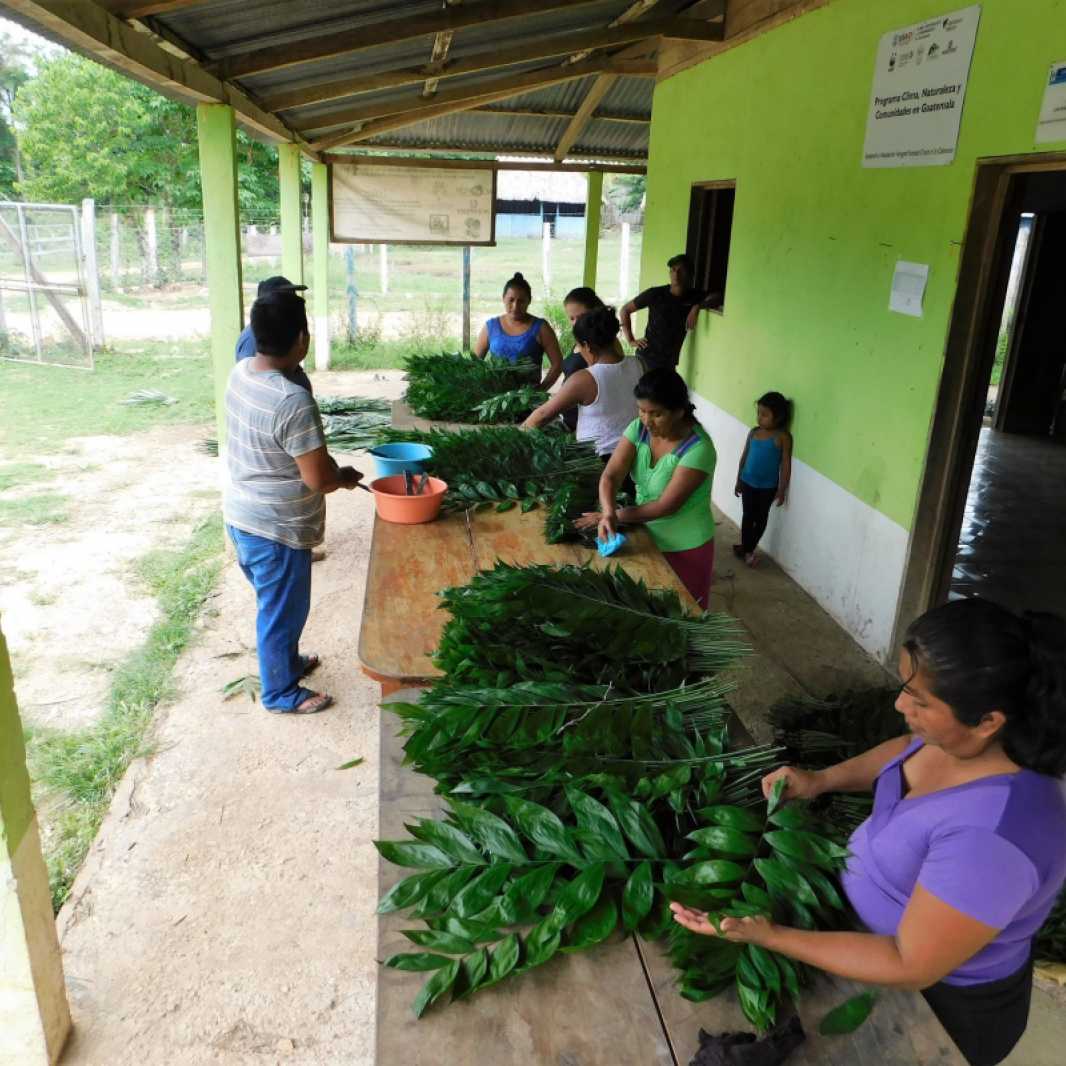 The process of sorting and packaging the palms is a communal task in the community of Carmelita, Guatemala. 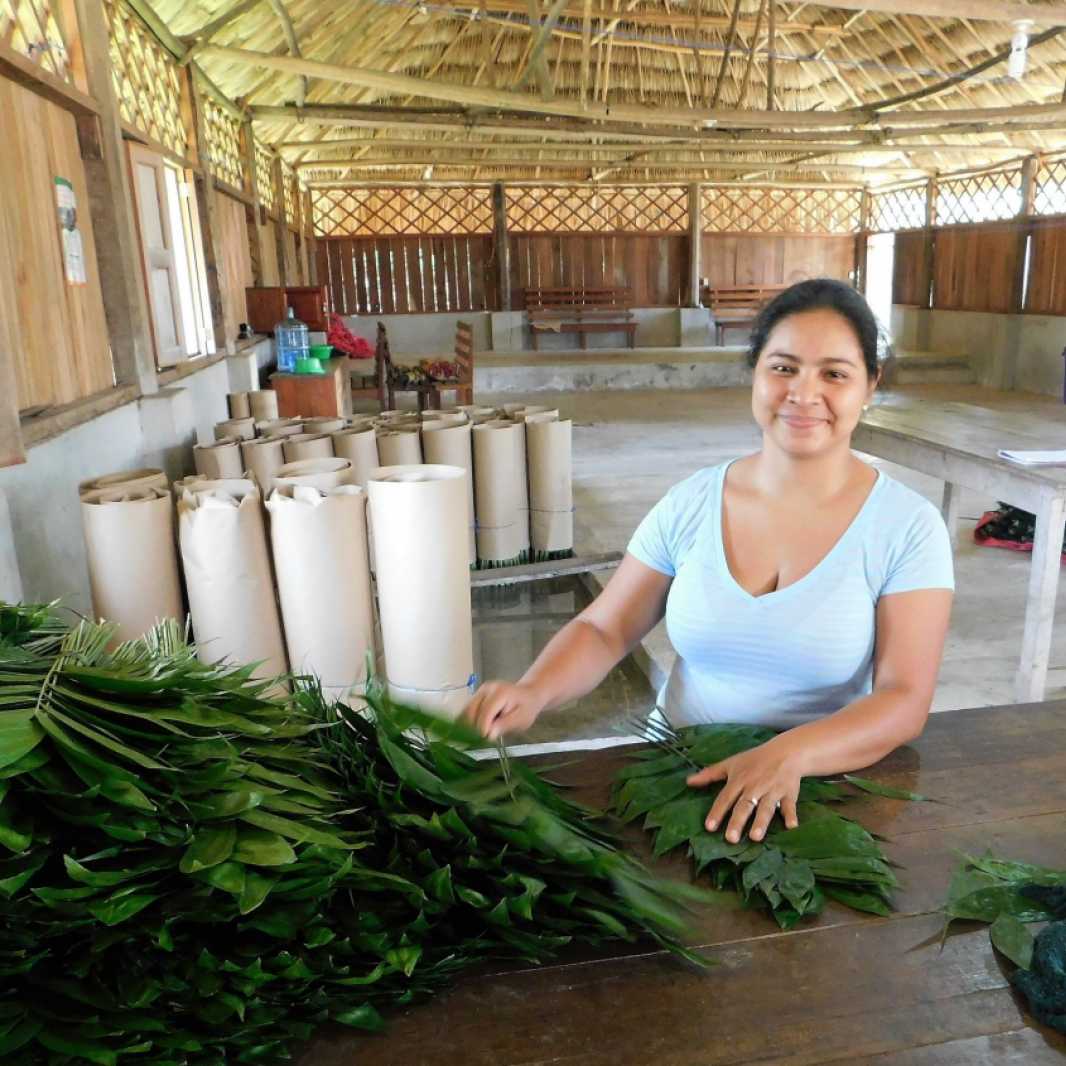 The sorted palms are securely packed for shipping to the United States.

Eco-Palms communities also use harvesting methods that protect the land they so greatly depend on for their livelihood. When Eco-Palms started, experts from Continental Floral Greens traveled to the palm-growing communities and taught farmers and their families improved and sustainable practices for growing and harvesting the palms.

Since then, the quality of the palms has increased — only 10 percent of palms are discarded due to low quality — and therefore, Continental is willing to pay a higher price for the palms. That premium goes directly back to communities.

Ana says, in her community, the premium is devoted to providing scholarships for students, building and maintaining health clinics and purchasing anti-venom for the occasional poisonous snakebite received while gathering the palms. 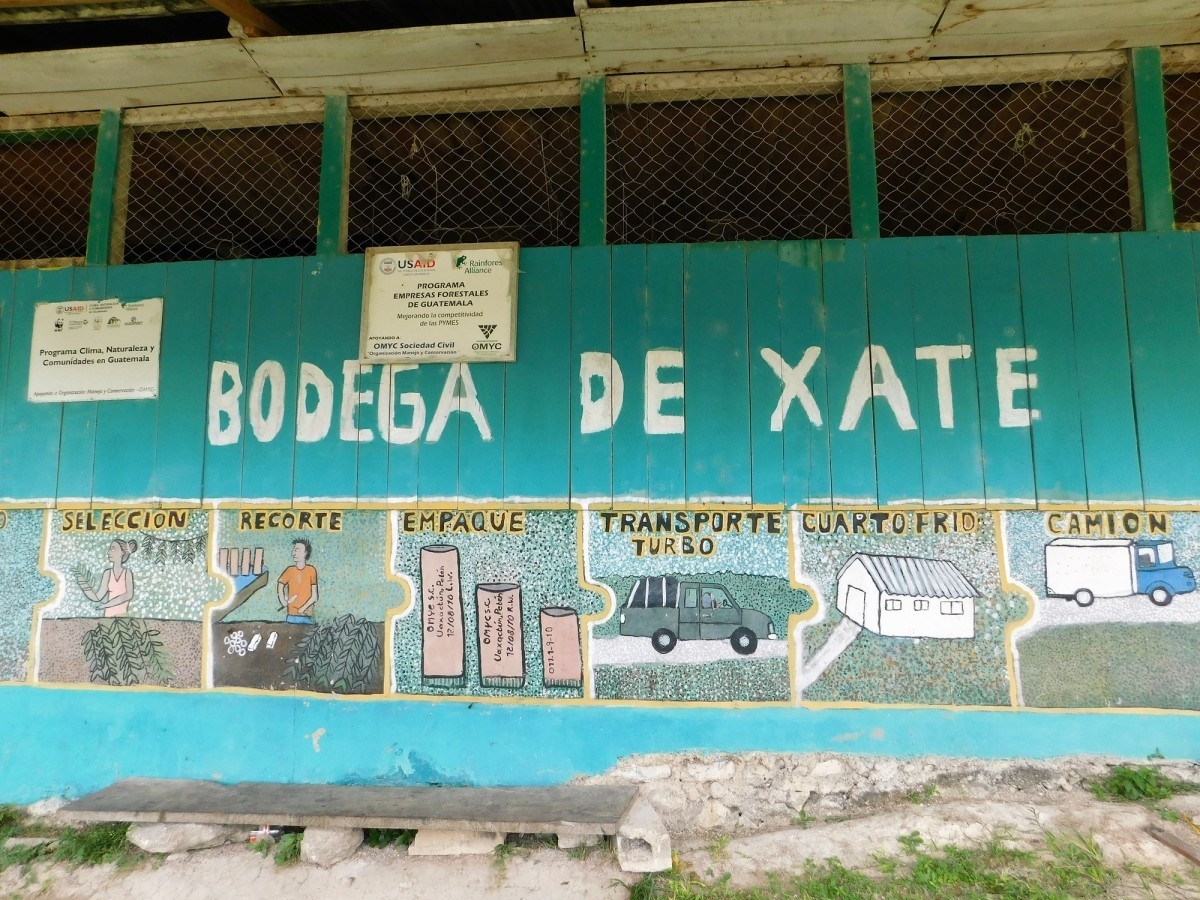 A mural on the side of the community center in Carmelita, Guatemala shows the process of how the palms travel from forest to market.

Communities also make a substantial investment in forest fire protection. “We receive a lot of benefit from the forest, so it’s important to protect it,” Ana says.

“When you buy Eco-Palms, you can be confident that this money is going to protect the forest and help the communities,” Ana says.

Reyna Valenzuela said her community of Uaxactun is grateful for all the support they have received: “You should be assured that the seed you are sowing is being planted in fertile soil and will flourish.”

2019 ordering for Eco-Palms is now open! The order deadline is March 22. 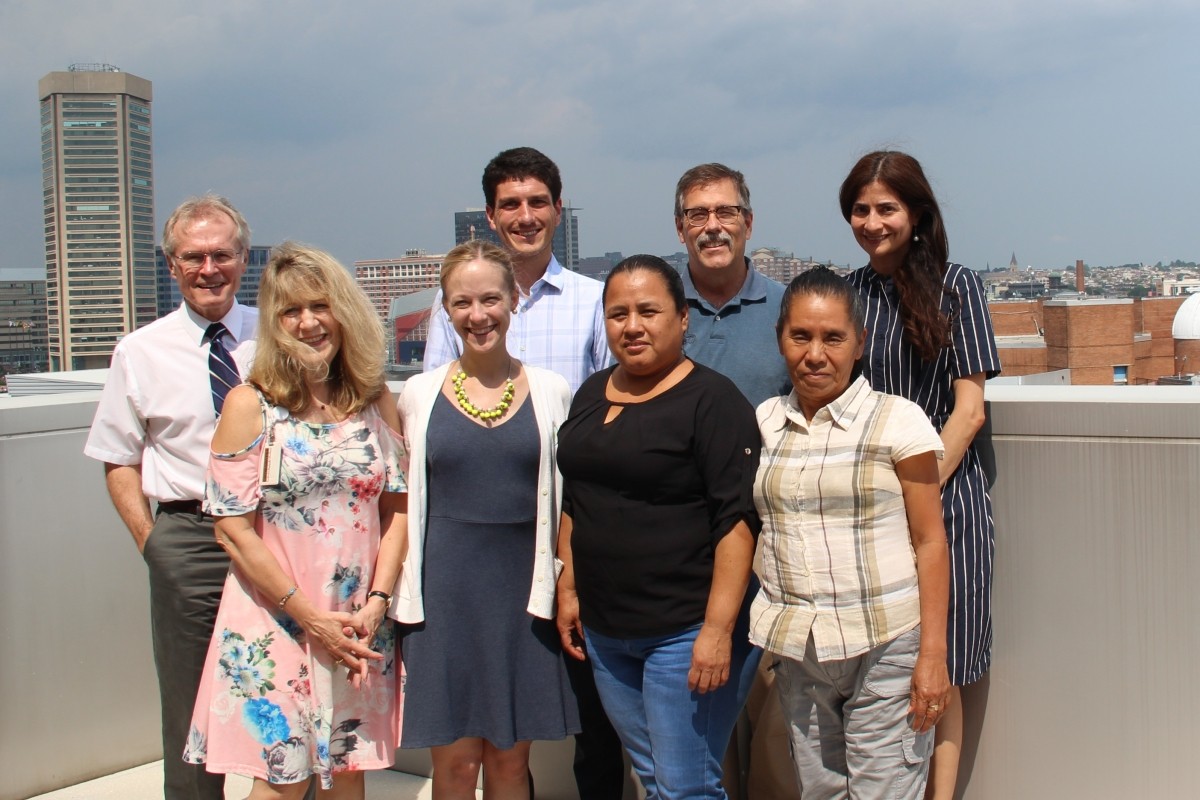