Lutheran congregations across the U.S have come together to provide relief to those fleeing violence as a result of the war in Ukraine, including the support of St. Mark’s Lutheran Church in Krakow, Poland.

Since the start of the Ukrainian conflict in late February, Lutheran congregations across the U.S. have come together in creative and collaborative ways to provide relief and support to those fleeing violence a world away. The love and concern of these congregations have brought together not only their church communities but their larger communities as well. In this post, we highlight just three of these congregations. We hope that the conviction and compassion these churches have for our Ukrainian neighbors will serve as an inspiration to you and your congregations.

We know there is so much more great work being done that we’re not aware, so please share your story with us as well!
Email congregations@lwr.org and tell us how your congregation is creatively engaging others to share God’s love through Lutheran World Relief.

Reformation Lutheran Church in Media, Pennsylvania, feels especially close to those fleeing the violence in Ukraine. Pennsylvania has one of the highest populations of Ukrainian immigrants in the U.S.

Reformation has a history of abundant response in times of need and the war in Ukraine was no exception. “We asked the congregation to give to Lutheran World Relief to support relief efforts in Ukraine and asked our endowment for a 2-to-1 match for all dollars given to the congregation.”

“We almost joke about our ‘Reformation Math,’” said Pastor Alina of her congregation’s generosity. “When we ask for something, we get it tenfold, always. It’s beautiful that it's reliable. And yet at the same time, it never ceases to amaze me. Abundance just continues to inspire abundance.”

Tom Conroy, Reformation’s treasurer and the CEO of the US subsidiary of the Japanese corporation Teikoku, got his company to create an additional match to the endowment’s. All in all, Reformation raised nearly $67,000 for Lutheran World Relief’s efforts in Ukraine.

Pastor Alina said her congregation is very mission driven and is constantly looking for ways to serve their neighbors, whether they be down the street or across the globe. Pastor Alina said her congregation is so grateful for organizations like Lutheran World Relief who work on behalf of people in need around the world. “Because of their work, we are able to employ such generosity and affirmations of their humanity in ways that are over and above what we could ever do individually. And that's really great.”

Heart for Ukraine featured a concert led by St. Martin’s Music Director. You can listen to the concert here.

Power of art benefits those suffering amid war

Bunny Oliver, like many people, has been brokenhearted about the conflict in Ukraine since its onset. “Seeing the news and especially stories about the children,” she said, “the devastation is just horrifying.”

And like many people, she found herself asking, “What in the world can I do?” As an artist based in Austin, Texas, she knew she could raise more money selling artwork than she could personally write a check for. After a series of what she calls God winks — coincidences prompted by the Holy Spirit — what started out as an idea for an online art auction morphed into an evening of art and music at St. Martin’s Lutheran Church. The event brought in more than $37,000 for three nonprofits working in Ukraine, including Lutheran World Relief.

After playing around with an idea for an online art sale, Bunny came across an artist friend’s Facebook post expressing frustration and sorrow for the situation in Ukraine. After a long phone conversation, Bunny and her friend decided to pool their collective art connections and make something happen. When a church friend Judy Beglau found out about the plans, she insisted on helping. Then Pastor Ellen Williams of Bunny’s congregation, St. Martin’s Lutheran Church, found out and immediately wanted to be involved. Pastor Ellen invited St. Martin’s music director, Tim O’Brien, who then planned a public concert to go with the art sale. When word of the event spread, fellow parishioners, community members and business leaders all stepped up, volunteering their time and services with an outpouring of generosity.

The level of response to the event, called Heart for Ukraine, was overwhelming. “We had people who had never stepped foot in a church before come to the concert and art show and donate,” Bunny said.

“We are told to feed the hungry, clothe the naked, welcome the stranger. And that is what Ukraine is going through and what they need. They are leaving everything. Most of them left without enough clothes, certainly with not enough food, and they need to be welcomed wherever they are going. I know that Lutheran World Relief is involved in helping the refugees so much and that warms my heart to know we can contribute to that effort.”

Trinity Lutheran Church raised more than $8,000 for Ukrainians in crisis through a community walk.

Walking a mile (or many) in their shoes

When Jason Folkerts suggested a night of prayer for Ukrainians to his youth group, he brought photographs.

“Sometimes you have to put a face to your prayers and make it real.”

The Director of Faith Formation & Catalyst Ministries at Trinity Lutheran Church in Long Lake, Minnesota, has a heart for Ukraine. He’s been to the country several times and has grown an affinity for the people during his visits. When he suggested the prayer night, he wanted to make sure his youth saw the people impacted by the war as individuals, just like them. He told them some of the people they were praying for were also in high school, just like them. “They are in sports, going to school, planning for college. And suddenly, they have to leave their homes, they have to leave everything.”

Afterwards, the students asked what else they could do. During the meeting, they had read the story of a young boy who walked dozens of miles on his own to find his family. “So many images you see of the refugees, they are walking and carrying everything they own,” Jason said. The image resonated with the group and the idea came up that they could literally walk in solidarity with the refugees and raise funds at the same time.

They used the local high school’s track and for 12 hours, church and community members of every age walked shifts of an hour. Cumulatively, 148 people walked some 410 miles, raising $8,220 in the process for Lutheran World Relief.

“We walked and talked and prayed and built community,” Jason said. “We spoke about Ukraine, and the work Lutheran World Relief was doing there, and just about life in general.”

Jason sees this type of faith in action critical for young people trying to figure out their place in the church and in the larger world. “They are looking to serve the community beyond just the walls of our church. Something they can do to make an impact both locally and internationally.”

“This really triggered something in these kids. They wanted to help but struggled with how, living in a suburb of Minneapolis, they could help people in Ukraine. Lutheran World Relief made that connection for them. They can see Lutheran World Relief is doing something. They can go online and see pictures of the people they are helping and where their money is going. They see that it makes a difference.”

To date, your generosity has raised an astounding $11 million toward our relief efforts for Ukrainian families. Because of you, we were able to respond immediately to those fleeing violence, providing shelter, food, medical equipment and supplies, emergency cash support and quilts and kits.

There is still so much need and suffering, both in Ukraine and in places far from the frontlines feeling the impact of the conflict due to global food and fuel shortages. Please continue to share your love to reach every neighbor in crisis. In the meantime, please share stories of the work your congregation is doing and how you’re bringing God’s love to others through Lutheran World Relief. Email @email with your stories today. 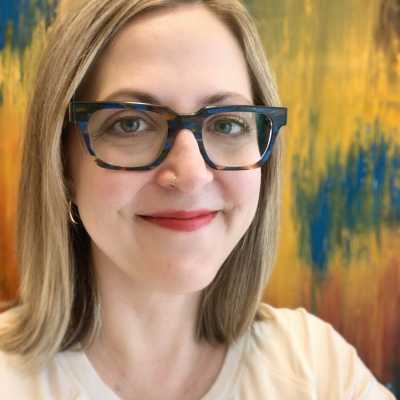