Studying justice leads one congregation to partner with LWR 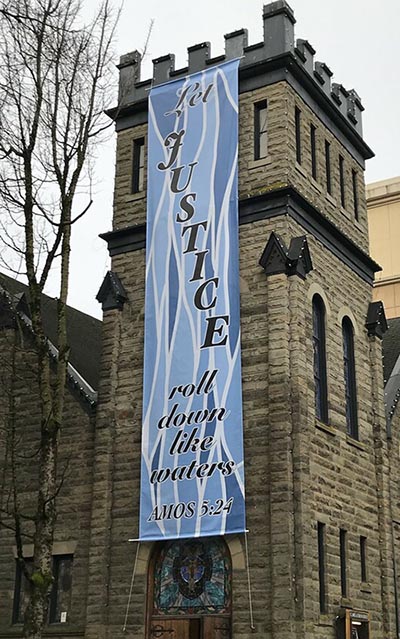 Let justice roll down like waters. These words from the prophet Amos boldly hung from the bell tower of St. James Lutheran Church for all in downtown Portland, Ore., to see. But they were not just prophetic words that looked nice on a banner, these were the words shaping how the people of this 131-year-old congregation believed God was calling them to be in the world.

St. James spent much of the past year studying justice and supporting needs in their local community, but justice group leader Mandy Ellertson wanted more. At the end of February as more in their congregation were beginning to receive a COVID-19 vaccination, Mandy approached Pastor David Knapp with her concerns. "You and I are starting to get shots in our arms, and it is costing us nothing," she expressed. "What would happen if we took some money out of our pockets for what it might actually cost to receive a vaccine and send it to others in need?" For Mandy, making sure the vaccine was available for all in the world was a matter of justice.

Pastor Knapp immediately reached out to Lutheran World Relief to ask how they could help their most vulnerable neighbors in the world gain access to a vaccine. After sharing the details of how LWR is partnering with organizations around the world to build healthy communities, St. James was on board. Even more, the congregation's endowment team wanted to do their part to make the fundraiser even more successful and offered to match the congregation’s giving, up to $5,000.

Members of St. James expressed that if the banner hanging from the stones of their building was going to identify them as a congregation seeking justice in the world, then they had better put their money where their mouths were. Throughout the Easter season, Pastor Knapp and leaders of the congregation got the word out, and then celebrated in May by announcing that not only had this 260- member congregation matched the endowment teams’ gift of $5,000, but they had doubled it.

As an incredible expression of faith and an act of justice, St. James gave $15,905 to LWR to reach their most vulnerable neighbors.

As more Americans receive their COVID vaccines, learn how your congregation can reach out with compassion and generosity to ensure others receive this same security. 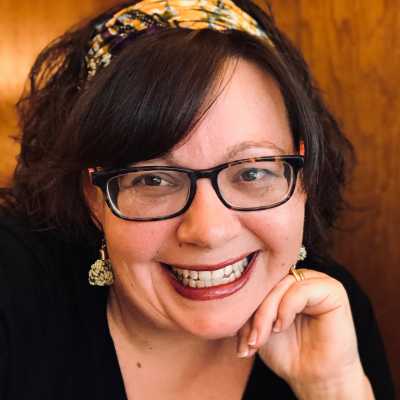