Climate change has affected weather patterns and impacted farming in Mali in recent years. 75-year-old Mahammoud Traore finds that his family's food stores always run out before he can harvest his new crop. (Jake Lyell for LWR)

From Relief to Resilience in the Sahel

In the Sahel region of West Africa, we are confronted with one of the world’s most challenging humanitarian environments.  A series of crises in recent years has led to a steady deterioration in political, economic and social stability in Burkina Faso, Mali and Niger, as well as Chad and Mauritania. Widespread violence by armed groups, which has targeted civilians and public infrastructure including schools and hospitals, has increased political and social tension.

In addition to the hardships posed by COVID-19, the region has also struggled with a series of climate-related hazards, including an increase in the frequency and intensity of drought. Insufficient rainfall and instability led to failed harvests in 2017 and 2018, causing spikes in the prices of staple cereals and leaving up to 2.5 million across the region without enough food to meet their daily needs.

With support from the Bill & Melinda Gates Foundation, Lutheran World Relief was able to offer immediate food assistance to the most vulnerable in agropastoral communities of Burkina Faso, Mali and Niger while helping rural farmers to recover from losses to crops and herds and support their capacity to withstand future crises.

Through the Relief to Resilience (R2R) project, Lutheran World Relief distributed food rations and facilitated the purchase of cereals and animal fodder at subsidized prices for families who sold most of their household assets to avoid severe hunger. To foster longer-term recovery, the R2R project focused on increasing agricultural and animal production, income generation and savings promotion. It also strengthened early warning systems to help communities to use climate data and predict future droughts, helping them to better prepare for planting seasons.

Mahammoud Traore supports a family of 21 people through farming in his village of Dougouninkoro, Mali. (Jake Lyell for LWR)

The R2R project built on Lutheran World Relief's resilience-focused programming in the Sahel region, capitalizing on strengthened capacities of smallholder farmer organizations and unions that serve their members with access to new climate-smart technologies, financial services and collective marketing. It also leveraged Lutheran World Relief's collaboration with the NASA Harvest initiative, coordinated by University of Maryland, to support the Government of Mali’s access to real-time Earth Observation (EO) data to inform and improve crop monitoring and early warning systems management.

Lutheran World Relief's agriculture extension agents collected real-time information about land and crop conditions through dedicated apps on mobile devices and sent it to government ministries. This “ground truthing” helped these ministries, who received training from the NASA Harvest team, make important decisions about crop management and share that information with farmers.

This information can help farmers prepare for and react to weather disasters — like droughts and floods — and, ultimately, improve production and profitability. Governments can also help predict an entire region's agricultural output, including anticipating crop shortages, critical information for mitigating the effects of food shortages and avoiding famine.

We have tools that can help us be ahead of the game. Most of the time the government is responding after the crisis has hit,” said Bijou Kuzimbu, Lutheran World Relief Deputy Regional Director for West Africa. “With these tools we can better predict when the crisis is going to happen and how to best use the resources we have. It is very exciting.

Learn more about the work of Lutheran World Relief in the Sahel. 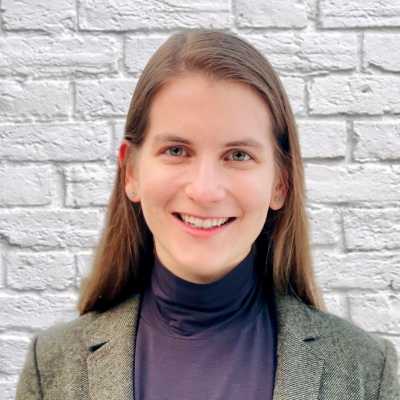