Members of a women's cooperative led by the late Cecilia Valderrama, second from the left.

Emilio Huertas is a native Colombian who has worked in the international humanitarian sector for two decades in Africa and Latin America, specializing in public health and disaster response. He currently serves with Lutheran World Relief as Colombia country director.

Just five years ago, the people of Colombia were filled with hope and optimism at the prospect of an enduring peace after five decades of civil war.

The 2016 peace accord, which led to the demobilization of the FARC, Colombia's largest insurgent group, was heralded with promises of political inclusion for disenfranchised groups and an ambitious plan for rural development in the long-neglected countryside.

Today, that promise remains unfulfilled and the tenuous peace is threatened by a spiral of violence, both in our cities and in rural areas. This comes after a pandemic in which the poorest Colombians lost a proportionately higher percentage of their income and more than 1.5 million Colombians fell out of the middle class.

Since late April, hundreds of thousands of people have participated in mass demonstrations protesting government proposals that will harm the poor and worsen the country's income inequality. In one sense, the demonstrations are good news. Five years ago, people would not have dared to voice their grievances in such a public way for fear of repression. Unfortunately, these demonstrations have been met with a violent response from the state, mainly by the national police's riot squad, ESAMD (Escuadrón Móvil Antidisturbios), whose members have shot and killed scores of protestors and beaten and sexually assaulted others.

While the media has focused on the urban demonstrations, a more silent crisis has been occurring in rural areas, where a rising number of community activists fighting for the rights of poor farmers, Afro-Colombians and indigenous people have been assassinated. According to Indepaz, an independent Colombian human rights organization, at least 65 social leaders have been murdered so far in 2021, almost all in rural areas.

Recently, a beloved community leader and advocate for women who worked with my NGO, Lutheran World Relief, was abducted and murdered in an isolated village in central Colombia. Cecilia Valderrama led a women's cooperative that was developing entrepreneurial opportunities for its members, creating a bee-keeping enterprise and selling the honey, as well as working to improve the village’s water and sanitation so families could be healthier.

Colombia stands at a crucial juncture and the actions we take over the coming months in response to these dual waves of violence will have far-reaching ramifications. Above all, we as a society must acknowledge a basic truth that has been obscured after half a century of violence: The life of the people is sacred. I say this not as a religious statement, but as an ethical mandate. The killing must stop. We cannot as a society resort to violence to resolve our political, social, and economic grievances.

The situation in our urban areas is desperate, which is why we are taking to the streets, despite the risks. We have rightfully welcomed nearly 2 million refugees from Venezuela, recently providing nearly all of them with the status to legally live and work in our country. Most are living in our cities, where there is not enough work for them. This comes on top of the 8 million people, mostly from rural areas, now in these urban settings who were and remain displaced during the conflict. One observer summed up the protests as being about social rights — life, peace and participation — noting that young people will no longer tolerate the exclusion of the past. Government, civil society and the private sector must come together to seek creative solutions. The good news is that years of conflict have also made Colombia a laboratory of local solutions developed between private sector, rural communities and governments. With political will, these can be accomplished at scale to the benefit of urban and rural, Colombian and refugee alike.

How the international community can help

Colombia's problems will ultimately have to be solved by Colombians. But we welcome help from the international community. In the near term, we appreciate the pressure on the Colombian government to stop the repression, particularly the violent tactics of ESMAD and police forces, as well ending the collusion between state forces and the paramilitary groups, reportedly backed by senior politicians. Dozens of members of the U.S. Congress have asked the State Department to "unambiguously denounce the violence, call for immediate de-escalation, help calm tensions, and facilitate inclusive social and political solutions in Colombia."

In the long term, the U.S. and the international community could be most helpful by supporting the flagging peace process. Over more than a decade, the U.S. spent nearly $10 billion in counter-insurgency and counter narcotic efforts through its Plan Colombia by one account — with nearly 70% going to police and military. However, as these security forces deployed, they also carried out horrific human rights abuses, along with the other actors to the conflict, adding to impunity and a culture of violence. While currently some U.S. funds support elements of peace plan implementation, we need a concerted push to protect local leaders and battle impunity through an effective and accountable state presence. That and a larger effort toward sustainable rural development will have a more positive and long-lasting legacy.

In Colombia, we have a saying: it is only when you touch the mud at the bottom that you can get out of a hole. Yes, we are going through a social crisis. May it spur us to collective action that will bring real change. 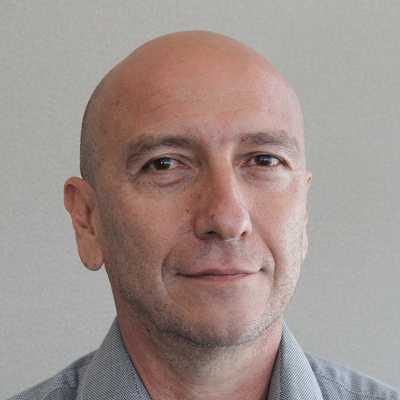