Lebanon is in crisis. And it's worse for women.

In Beirut the question on everyone's mind, discussed endlessly at meals and in meetings, is whether Lebanon will finally form a government. Perhaps a larger question might be, to what degree will women play a role in it, and in Lebanon's recovery as a whole?

A new government is a necessary foundation toward a new beginning for Lebanon, and the only way for the Lebanese and millions of refugees currently interwoven with them to see resolution to the complex crises of the last year and a half.

The country has a mountain of debt equal to 150 percent of their GDP. The Lebanese pound has lost up to 85 percent of its value, and last year surpassed Zimbabwe to become the world's second highest in hyperinflation, a first for the region and second only to Venezuela.

The average Lebanese citizen cannot access their money from the collapsed banking sector, has seen their wages diminish in value and a reduction in purchasing power, while goods become more expensive and lockdowns to thwart the spread of COVID-19 chill everyday commerce.

The multifaceted nature of Lebanon's crisis sits within the broader context of gender inequality, whose roots can be traced back long before the crisis began. According to the World Economic Forum's Gender Gap report in 2020, Lebanon has one of the highest overall gender gaps in the world, ranking 145 out of 153 countries. Only 1 out of every 4 women have employment, compared to 3 out of every 4 men. National labor laws discriminate against female workers' welfare benefits, offer no protection against sexual harassment, and lack clear mechanisms to enforce any provisions women may need, such as a short maternity leave.

Within the refugee community in Lebanon, women are the most food insecure and many experience increased vulnerability as the head of household.

When women do find a path to overcome the challenges and bolster their own education, skills-building, and seek employment or entrepreneurship, they face additional barriers such as access to finance – only 3 percent of bank loans in Lebanon go to women.

I recently heard repeatedly from women entrepreneurs how they feel battered over the last year, with each cruel milestone bringing a new low. Compounding economic woes and political crises with COVID lockdowns and the rubble of the blast has left many women at their most vulnerable, even worse than the civil war or past regional instability.

Yet despite their weariness, and the policies and perceptions about women's capabilities, the women I met fostered incredible resilience. The weary women of Lebanon I spoke with imagine a brighter future, with our help. The support of USAID in Lebanon and the US government's former Women's Global Development and Prosperity Initiative (WGDP), which acknowledges that "when women are economically empowered, societies prosper, and peace prevails," is one such source of hope.

In Lebanon, Lutheran World Relief in collaboration with USAID is working to boost the resilience and capabilities of Lebanese women entrepreneurs and improve the enabling environment for women's entrepreneurship. Yet more can be done, and under the Biden Administration there is hope that additional funding will see even more support to the regulatory environment for women's economic empowerment and that the international community bolsters the microfinance and social lending alternatives in the country while the banking sector remains in disarray.

Cash infusions (of fresh dollars) to businesses is essential to jump start the economy, but it must be coupled continued advocacy and dialogue with the political leaders in Lebanon to find a lasting solution.

As Gloria Steinem said "The truth will set you free. But first it will piss you off." The last year has yielded several harsh truths for the people of Lebanon, and they have every right to be angry at the inaction of senior politicians while everyday citizens continue to suffer. We can only hope the power in unity that brought people to the streets peacefully in October 2019 can sweep through the weary Lebanese once more, and bring with it a tidal wave of change and a brighter future for Lebanese men and women, equally.

Nicole Hark is senior regional director for Asia and the Middle East. She travels extensively in her leadership of the region's programming for Corus International. 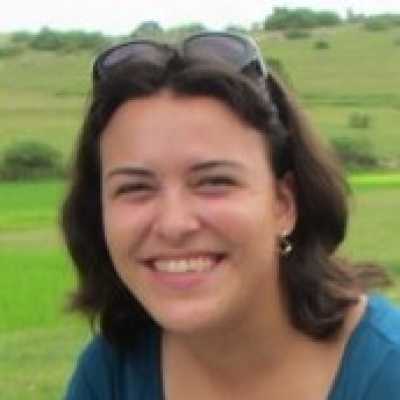