If you love coffee or chocolate, I bet you know exactly what you look for in these products. Maybe you drink dark roast coffee because of its full body and strong caffeine jolt, or maybe you prefer 60% cacao chocolate because of its slight bitterness.
Throughout my life, career, and especially in my time as Lutheran World Relief’s Senior Relationship Manager for Coffee and Cocoa, I have certainly developed my own taste preferences. But one thing I’ve seen first-hand that makes a big difference for small-scale  farmers is the use of quality standards: a common language among producers, sellers and buyers in evaluating crops and conducting business.

With this common language, producers can learn to grow and process their crops for the unique qualities buyers are looking for, and buyers know exactly where to go for the varieties of these crops they need to produce the products they want.

Coffee has industry-wide quality standards for a few decades. Now, thanks to the Cocoa Standards Working group, made up of non-governmental organizations working with members of the chocolate industry, cocoa will have a similar set of standards.

Using coffee as a model for standards

Specialty coffee standards have existed since 1982, when a small, visionary group of coffee professionals founded the Specialty Coffee Association of America (SCAA). Now the world’s largest coffee trade association, the SCAA laid the foundation for the rapid growth and popularity of specialty coffee by establishing standards and protocols for the sensory and physical evaluation of coffee. Over time, the SCAA developed formal trainings to share these standards and protocols with its own members, with farmer organizations around the world and ultimately with passionate consumers.

The specialty cocoa industry, on the other hand, has only recently entered the field of quality standards. In 2015, the World Cocoa Foundation invited me to speak about coffee quality at a meeting in San Salvador, El Salvador. At the end of my presentation, I told the audience of about 55 people that, like  Peter Falk’s TV character Columbo, I had a few questions for them:

“Does the specialty cocoa industry have quality standards? If so, who owns, manages, proliferates, and trains others on these standards?”

There was deafening silence in the room, as all 55 people looked around the room at each other. Finally, one gentleman stood up and said that currently, no uniform standards for specialty cocoa existed, but that developing standards had been discussed for many years.

My presentation was the last of the day. As the meeting began to break up, a small group of people came together and started to discuss the need for standards — for a common language that everyone, from farmer organizations to chocolatiers, could use in describing the qualities available and desired in their cacao. The following morning, the conversation continued at a breakfast meeting organized by the Cocoa of Excellence. Before the San Salvador meeting ended, the Cocoa Standards Working Group had agreed to begin the process of developing standards for specialty cocoa.

LWR has played an active role on the Cocoa Standards Working Group since its founding, as LWR believes that uniform standards will ultimately lead to better communications between farmer organizations and buyers, with better prices offered to farmers for higher quality cocoa.

Considerable work has been done by members of the Cocoa Standards Working Group over the past two years. The standards that have been developed by the group were just reviewed at the International Stakeholders Consultation on the Development and Validation of Proposed International Standards on Cocoa Quality and Flavour Assessments, in Managua, Nicaragua. LWR is a proud sponsor of this landmark cocoa event that, in the end, will help answer some of Columbo’s questions, to the benefit of cocoa farmers and the entire fine-flavored cocoa industry.

Improving farmers' lives from the ground up 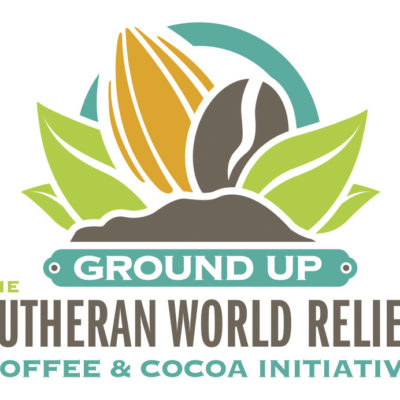 LWR’s commitment to coffee and cocoa farmers, through the Ground Up Initiative, is part of our overall mission to end poverty, injustice and human suffering by helping farmers transform from survival to stability.

With a common language around cocoa standards, farmers and their cooperatives are better equipped to meet the demands of ever-expanding and extremely lucrative markets. For farmers, that means better prices for their crops, better income for their families, and a better quality of life.

Learn more about Ground Up

Thank you for your support of Lutheran World Relief, which makes this kind of long-spanning, future-thinking work possible. Please know that with your support, you are not only helping struggling farmers rise out of poverty, but also to look to the future with hope.