Keeping coffee farming in the family

Across the developing world, coffee farmers face a dilemma: they’re growing older – the average age of the coffee farmer is over 60 years old – but their children have no interest in taking their place. The younger generation tends to migrate to cities, where they’ll have a better chance at making a living.

For the coffee farmers in Flores, Indonesia, this is no different. Their coffee is sought-after around the world, but their coffee trees tended to be old and farmers weren’t pruning their trees, so they grew way too high – so high, in fact, that tall bamboo ladders were required to harvest coffee cherries. Lutheran World Relief coffee expert Rick Peyser said they were among the tallest trees he’d ever seen. As a result, farmers weren’t growing as much coffee per tree as they should, and their income suffered – hardly an incentive for the younger generation to take up coffee farming. 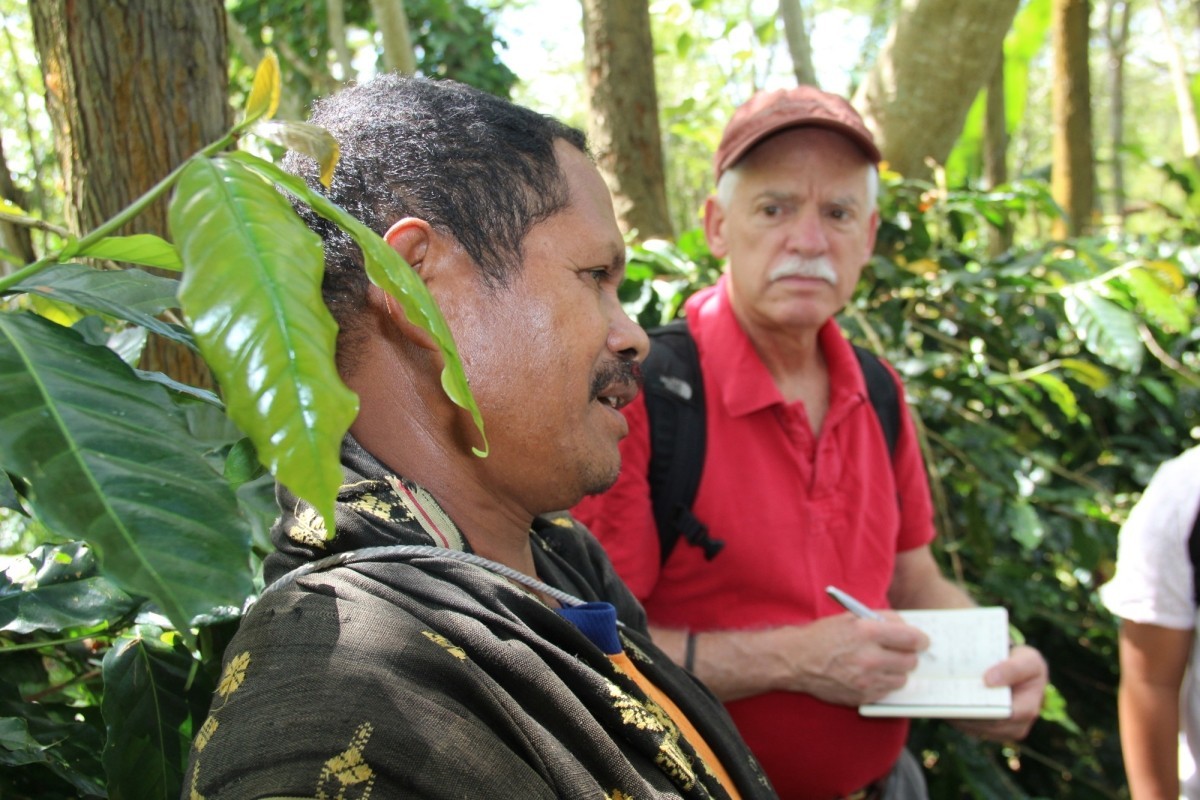 But over the past several years, LWR has been working with the farmers and coffee cooperatives in the villages around the mountainside town of Bajawa to improve the productivity and quality of their crop, enabling them to sell it for a higher profit. A key feature of the project was a “farmer school” where coffee growers learned about best practices for cultivation, including pruning, soil conservation and the use of organic fertilizer. LWR continues to work with the umbrella cooperative organization, Masyarakat Perlindungan Indikasi Geographis (MPIG), to improve its operations and help it to better serve its members.

Petrus Kadu, a coffee farmer in his 50s, supports a family of seven from his coffee crop. He has put the knowledge gained in the farmer school to good practice. He bought a farm with towering trees that were 20 years old. Now it’s easy to distinguish his farm from some of the neighboring plots. His are regularly pruned and fertilized, resulting in a healthy, productive farm. He also diversified his crops, planting bananas, eucalyptus and pumpkins, and is also raising pigs.

He says he appreciates the support he receives from the cooperative, especially the guaranteed price he gets from it. “It’s better working together, because we can help each other,” he says.

He now makes sufficient income to support his family and pay school fees for his children, including university tuition for his daughter, Maria, who is studying financial management in the city of Malang, Java. With a twinkle of pride in his eye, he says that when his daughter finishes her degree, she plans to return to Bajawa – to eventually run the family farm.

Petrus Kadu, in his 50s, prunes a coffee tree on his farm in the mountainous town of Bajawa, Flores Island, Indonesia.