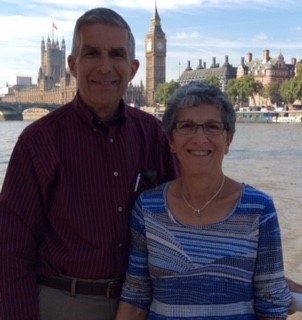 John and Ruth Lange were members of Thrivent Financial even before there was a Thrivent Financial.  “I remember having a policy back when it was Lutheran Brotherhood and Aid Association for Lutherans,” John says.  John and Ruth, both retired, live south east of Atlanta, in Warner Robins, Georgia and attend Mt. Calvary Lutheran Church. They’ve been using the benefits of their Thrivent membership to support Lutheran World Relief for a long time.

When the couple lived in Virginia, and worshipped at the Lutheran Church of the Covenant in Dale City, VA, they coordinated the assembly of LWR Personal Care Kits and School Kits supplementing member donations with funds provided by their local Thrivent chapter. “We especially liked providing School Kits because we knew sometimes a family could send their child to school but couldn't afford supplies. We were thankful we could help,” says Ruth.

John and Ruth are long-term supporters of LWR, and say that Thrivent Choice is another great option to support work they love. “We’ve always supported LWR because we like the long-term approach,” says John. “It’s often not a one time handout. Rather, LWR continues to work with people to help them out of poverty.”

You Can Make a Difference Too!

Are you a Thrivent member? You may be eligible to direct Choice Dollars! If you are, it's easy to support the fight against poverty with Lutheran World Reliefin this way. Here's how:

We give thanks for John and Ruth Lange, and for all people who reach out to people in need around the world through Lutheran World Relief!