When I arrived to Maban County in Northeastern South Sudan, I wasn’t sure what to expect. Just days before, a fresh round of fighting had broken out. This country, just four years old, has been embroiled in civil war since its inception.
And if that weren’t hard enough, the young country is also home to refugees from neighboring Sudan, which is also engulfed in war. Maban County alone is home to four refugee camps: Yusuf Batil, Kaya, Gendrassa and Doro. Currently more than 130,000 people call these camps home.

My recent visit was to monitor a project funded by the U.S. State Department’s Bureau of Population, Refugees and Migration (BPRM). LWR is working with long-time partner Lutheran World Federation (LWF), which manages the camps. The project has three main objectives:

There are a lot of reasons to be concerned about the situation in South Sudan. But as I saw on my trip, there are also reasons to be hopeful. Here's are a few inspiring highlights from my trip. 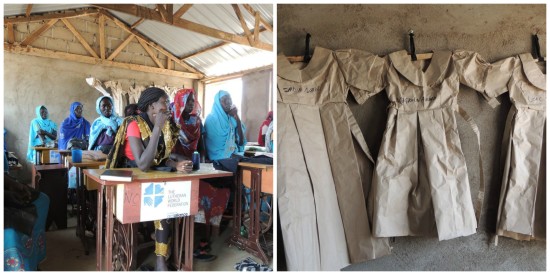 One component of the South Sudan project is vocational training to both refugee and host community members. On the right is a tailoring class where students learn basic sewing skills which they will hopefully turn into a business once they receive their certificate. The patterns you see on the right are what the women use to learn to make dresses but they will also serve another purpose. LWF plans to partner with the women and employ them to sew uniforms for schools that don't have them yet. 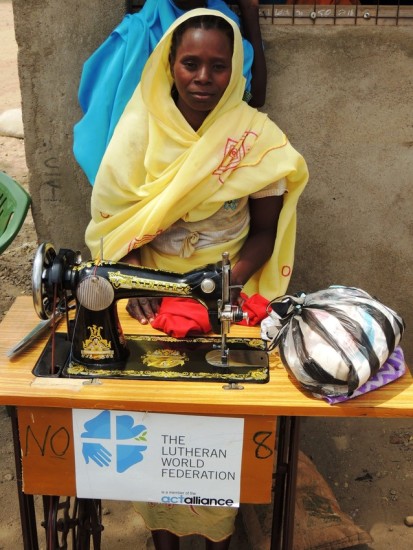 This is Ashi Gibril, a widow with 5 children who is a refugee in Yusuf Batil. She's actually from the Northern part of Sudan but came to South Sudan when she married her husband, who is native to South Sudan.  Since she has no family in the area to help her, she decided to join the LWF tailoring class. She told me that she would like to set up a sewing shop in the local market using the skills she has learned. 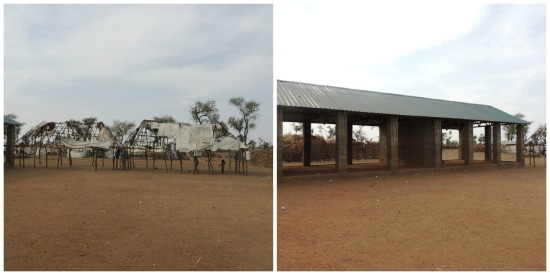 On the left is the Early Childhood Development Center,  which serves preschool aged children. As you can see, it's in severe disrepair and LWF is awaiting more funding from UNICEF before they can make any upgrades. On the right is what a primary (elementary) school classroom looks like when it is first built. The LWR project is adding walls, fencing and doors to make these spaces more inviting and safer for the children.

The Children of Gendrassa Camp 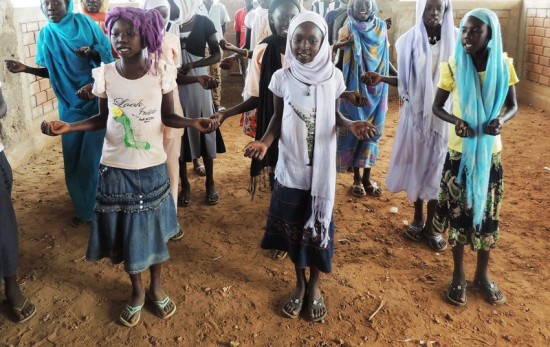 These are primary school students in Gendrassa camp. They're part of a newly established Child Rights Club within the school that monitors and reports violations. This group of young people blew me away. They took their job very seriously and would not let us leave until we heard all of their issues. They recently even reported a teacher who was stealing their play equipment. While we were there they sang a song to us about the right to food, the right to clean water, the right to education and the importance of not getting married too young. In this community, it is a common practice for men to marry girls as young as 11 years old. LWF is also working with community members and leaders to hopefully reduce the occurrences of early and forced marriages.

Your faithful support of LWR makes it possible to continue our work with LWF to protect refugees in South Sudan.