Ally with her grandparents, Rich and Joyce Winzeler.

A sweet tradition of giving pays off

Ally Sprow was all set to enjoy holiday baking when her grandfather offered her an intriguing idea: what if she were to sell her Christmas goodies to benefit others?

"I looked at a lot of different things but ultimately I wanted to do something about coronavirus," the high school junior said. "Ultimately I landed on LWR. We go to a Lutheran church and it all fell into place."

Ally says there are items from the Gifts of Love catalog under the tree every year. This year, her grandparents, Rich and Joyce Winzeler, agreed to fund Ally's baking if she would donate her proceeds. 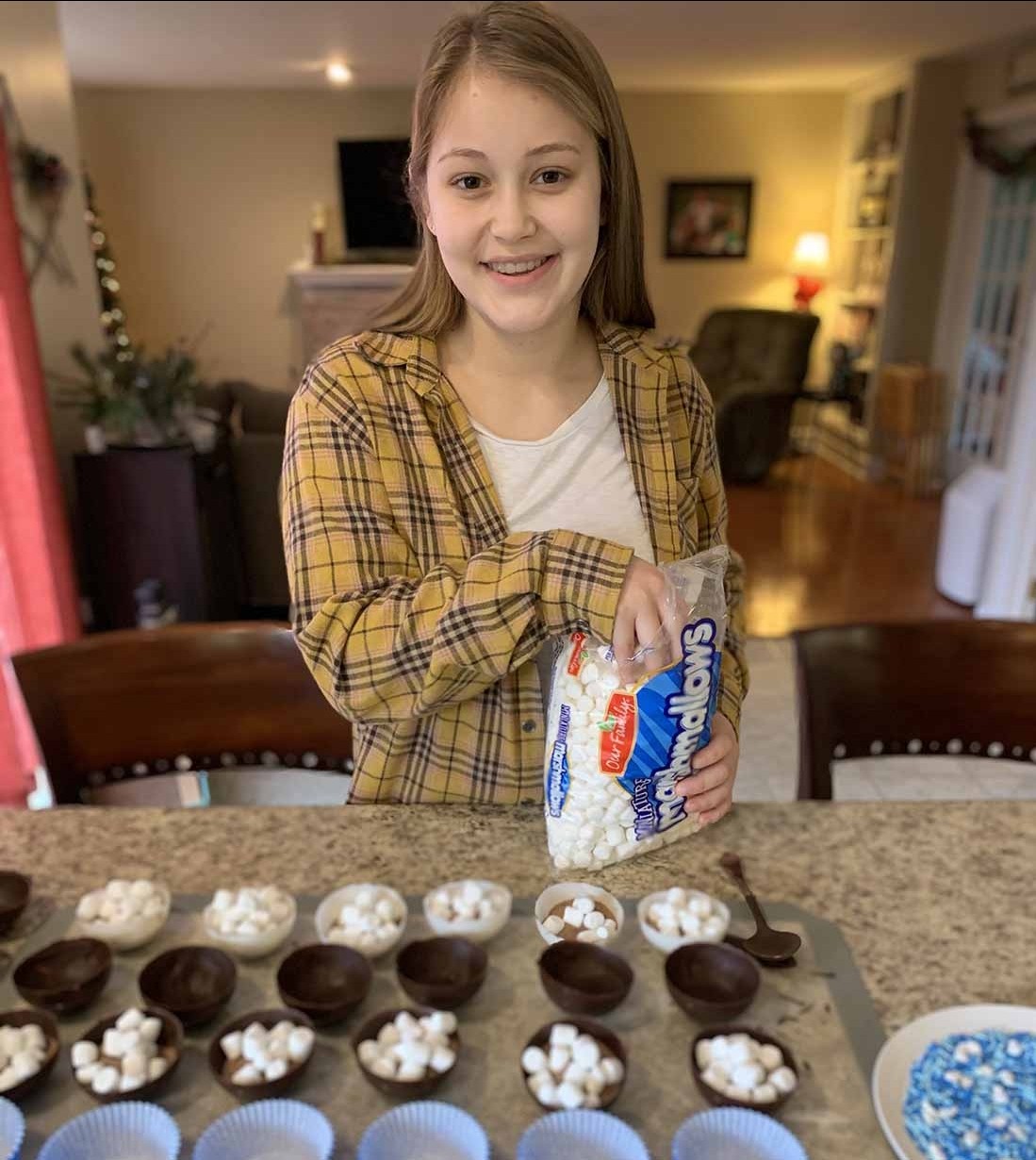 Ally Sprow’s baked goods sold out, raising more than $3,200 for neighbors in need.

More than $3,200 raised for Lutheran World Relief's work around the world. The orders have continued to come in, even after the holidays.

"It goes back to my parents," Tammy said. "They set a really good example of giving."

So did Ally's father, who passed away from injuries sustained in a December 26, 2012 car accident. Cory Sprow was a middle school teacher and basketball coach who was known for taking kids who could not afford it to buy clothing and supplies.

Surrounded by a great cloud of witnesses who have modeled giving, Ally is already taking college advanced placement courses in her pursuit of becoming a doctor. And while she dreams of becoming a surgeon, even at age 17 she realizes she is blessed and is called upon to share as part of her faith.

"We're really privileged to be able to stay home during the pandemic and do our part but there are some families around the world who don’t get to do that, they have to work," Ally said. "I hope this gives someone an opportunity to stay safe."

You can help, too!

See all the creative ways you can support LWR at https://lwr.org/ways-to-give.